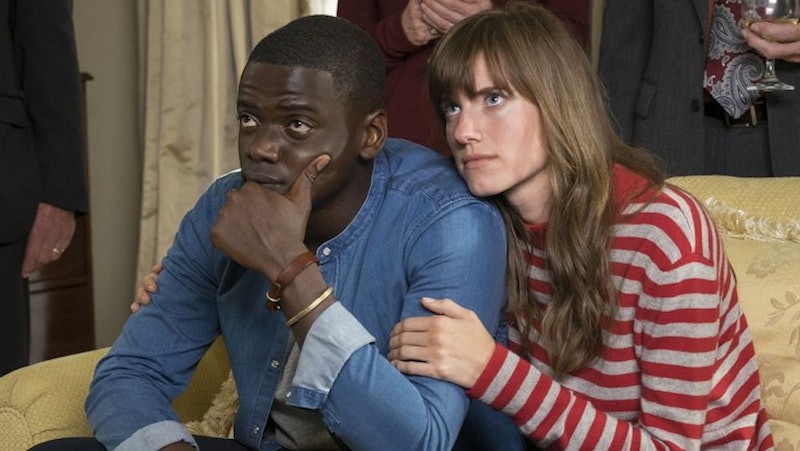 For the first time in its 26-year history, the newly rebranded 2017 MTV Movie & TV Awards will include gender neutral acting categories. The traditionally movie-focused awards show, which, in another first, expanded its nominees to include TV shows and streaming this year, has gotten rid of their Best Actor and Actress awards and replaced them with Best Actor In A Movie and Best Actor In A Show.

The MTV Movie & TV Awards isn't the first awards show to make this change — in 2011, the Grammys became completely unisex — but it's a revision that makes sense knowing MTV's demographic. "I don’t think [our audience] looks at the world through gender or a gender lens," the award show's executive producer Casey Patterson says to me over the phone. "A good performance is a good performance. I don’t think they look at Emma Stone and think, 'Wow, that was an amazing performance this year from a girl.' I think they think, 'I love her, that was amazing.'"

And it's true. The network has always been aimed at the younger generation, those aged 18-24, who are far less inclined to stick to the previous norms of their parents. A 2013 study conducted by the Intelligence Group, a consumer insights company, found that "more than two-thirds of people ages 14 to 34 agree that gender does not have to define a person in the way that it used to," meaning men and women "don't need to conform to traditional gender roles or behaviors anymore." So, why would MTV?

Now in her second year working on the show, Patterson admits that being the person pushing for such a big change is scary, but "our job is just to reflect our audience and our audience is young." She's worked at MTV Networks for 20 years before starting her own production company where she launched Spike’s Lip Sync Battle, and knows shaking things up is the only way to stay relevant. “It’s the Golden Globes for millennials," she says of the new direction the show is taking. "But with that sort of beautiful MTV edge.”

Pushing boundaries has always helped MTV stay relevant, and it's also kept people tuning into their award shows. The Golden Globes may let people drink, but MTV will let Snoop Dogg and Kesha share a joint. MTV pushes things one step further, knowing it's those crazy moments that the audience wants. The moments that those other awards shows can't offer. The moments that spark change in the hearts and minds of teenagers.

Removing gender from the acting categories may be a way to get people watching the show, but it has a real effect on the transgender, cisgender, non-binary, and genderfluid performers who don't feel like they have a place in the current system. While this year's nominees for Best Actor In A Film and Best Actor In A TV Show include actors that define themselves as male and female, it's a step in the right direction when it comes to inclusion.

Last year, the Huffington Post asked "when will the Oscars ditch the gendered acting awards?" They questioned why we treat male and female actors as if "they're apples and oranges." The truth is that being the best actor doesn't have anything to do with what gender you identify with. It's about the character you're able to become. Awards shows are what make the distinction between a good female actor and a good male one, forcing people to fit into tidy little boxes that just don't work. If people don't know how to nominate you, they likely won't.

Patterson doesn't think MTV's decision to have gender neutral acting categories will lead to big changes for the more institutionalized awards shows like the Oscars, Emmys, or the Golden Globes, whose audiences skew older. But maybe it should. Last year, the Academy Awards saw a drop in viewers, and, more importantly, saw a steep drop in the key advertising demo of adults ages 18-49. According to The Hollywood Reporter, this year's show "averaged a 9.1 rating — off a more dramatic 14 percent from the 2016 telecast." In the age of social media, if these awards shows want to maintain a younger engaged audience, they have to take risks, even knowing that there is a chance of failure.

"You’re only relevant if you’re actually listening," Patterson says. "So this is a reflection of us actually listening to the audience versus the business or the tradition or what’s been done in the past." She pauses and laughs. "So I hope it works."

More like this
Pro Footballer Zander Murray Is "Blown Away" By Support After Coming Out
By Sam Ramsden
How Angelica Ross Plans To Make Roxie Hart Feel “Universal”
By Jessica Derschowitz
UK Viewers Will Have To Wait To Watch The Handmaid’s Tale S5
By Maxine Harrison
Paul Mescal, Man Of Mystery
By Samantha Leach and Heather Hazzan
Get Even More From Bustle — Sign Up For The Newsletter