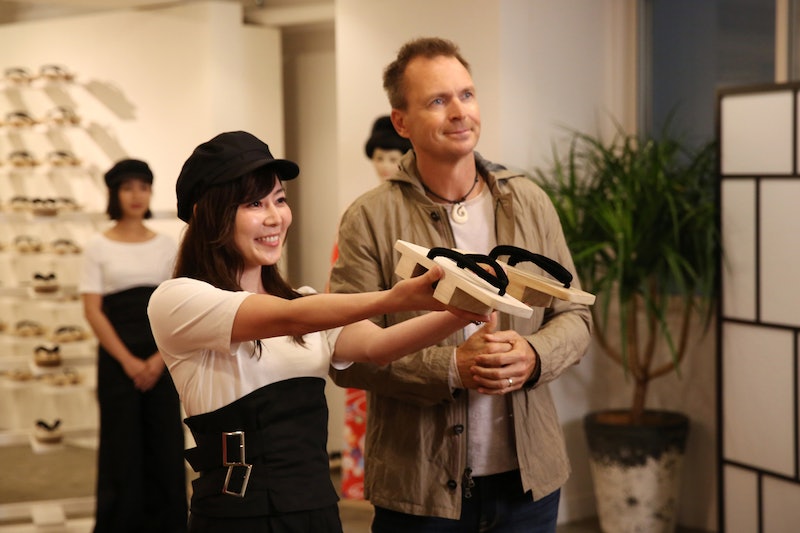 The whole premise of The Amazing Race is that teams literally race around the world to try to be the first team to cross the finish line. In its 31 seasons, the show has traveled to a lot of countries. Host Phil Keoghan once told Bustle he had traveled to over 100 countries, thanks in part to his time on the show. So you can bet that the locations for The Amazing Race Season 31 were pretty spectacular too.

For some of this season's contestants, the traveling part of the show was all new to them. Season 31 is comprised of stars from Survivor, Big Brother, and The Amazing Race. Survivor takes place on a single island, and Big Brother is filmed entirely in one house. Going from that to racing through multiple countries is a big shift. "On Amazing Race people are not confined to a house or an island, the race course takes place around the world," Keoghan said in a Facebook video.

But since there are nearly 200 countries in the world, even TAR hasn't been to all of them. Keoghan said in an interview with Rob Has A Podcast that there are still many places on his bucket list for the show, including Nepal, Antarctica, and Antigua — the latter of which was his childhood home.

Season 31 won't stop in any of those locations, but there's always hope for next year. Until then, here's where Keoghan and the competitors will be traveling this season.

According to Reality TV World, competitors start the race in the United States at Hermosa Beach in California.

Contestant Rachel Reilly posted a sneak peek to Twitter where she and her sister confirmed that Tokyo was on the list of travel locations.

According to a local paper, the contestants participated in a "cow hoisting" competition in Kampen in The Netherlands. Don't worry, the cows were fake.

The Examiner reported that this European city appears on the show this year.

The Examiner also reported that England is a location for Season 31.

Keoghan told CBS San Francisco that Dubai was on the travel list this year. "I would say that the places we go are as big of stars as any of the players," he told the outlet.

In his interview with Rob Has A Podcast, Keoghan said that the racers traveled to Ho Chi Minh City, which is the motorbike capital of the world, apparently.

CBS San Francisco further reported that contestants will stop in Uganda, Africa this season. Keoghan said in that interview that all the globe-hopping can make things challenging.

"You can't control what goes on in the world. In other shows there is a controlled environment, but on The Amazing Race there's now way to keep the outside world out. If a plane gets canceled or there's bad weather or political unrest or a festival in the street that delays traffic – there's nothing you can do about it. You just have to adapt."

In the same CBS interview, Keoghan said they also went to Switzerland.

Keoghan told Rob Has A Podcast that the show traveled to Laos for the first time in its history, and that new locations are always a priority for the series. "Generally speaking, what you see in the background is always new and different and fresh," Keoghan said on the podcast. "People really connect with seeing new places on our show."

According to the Detroit Free Press, the finale of the show took place in the U.S. in Detroit, Michigan.

Keoghan's catchphrase on the show is "the world is waiting for you," and that couldn't be more true of this season with all of its locations. The host said on Rob Has A Podcast that he always has one goal with every season of this show. "Hopefully it's going to inspire more people to want to get out into the world and travel," he said. Now those people watching Season 31 will have a whole new list of places to add to their travel lists.