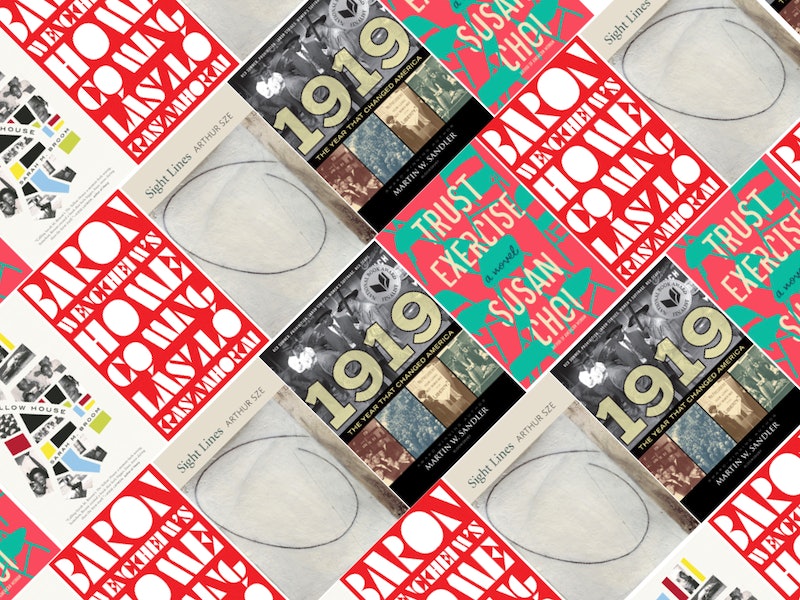 This year's National Book Award winners are less diverse than those of 2018. Last year's awards went exclusively to authors of color, four of whom — including translator Margaret Mitsutani — were women. Although this year's crop of winners is not nearly as diverse, three of the five winning books come from authors of color, and three of the recognized authors — including translator Ottilie Mulzet — are women.

2019 marks the second year that the National Book Foundation has recognized a translated work of literature in its own category. The winner of the 2018 National Book Award for Translated Literature, Yoko Ogawa, had a new novel — The Memory Police — in contention for the prize this year.

Check out the winners of the 2019 National Book Awards below:

A work of nonfiction for young adults, Martin W. Sandler's 1919: The Year That Changed America examines the impact of women's suffrage, labor movements, racist violence, and the end of World War I on the U.S.

The fourth novel in a series that began with Satantango in 1985, Baron Wenckheim's Homecoming follows the eponymous figure as he flees gambling debts to return to Hungary, where his bitterly rural hometown may have little to offer and where — he hopes — his childhood sweetheart awaits him.

The 10th collection from Chinese-American poet Arthur Sze, Sight Lines contains more than 30 new poems, which move across the globe and drift back and forth in time to comment on situations both old and new.

A memoir of growing up in New Orleans East, Sarah M. Broom's The Yellow House is also the story of the titular structure — a beloved home purchased in 1961, where the author's parents raised 12 children in a blended family.

Years after Sarah and David's high-school romance ended, an outsider discovers that the story Sarah has told about the events that led to her breakup with David may have been fabricated, and in such a way that even the readers of Trust Exercise will be fooled.