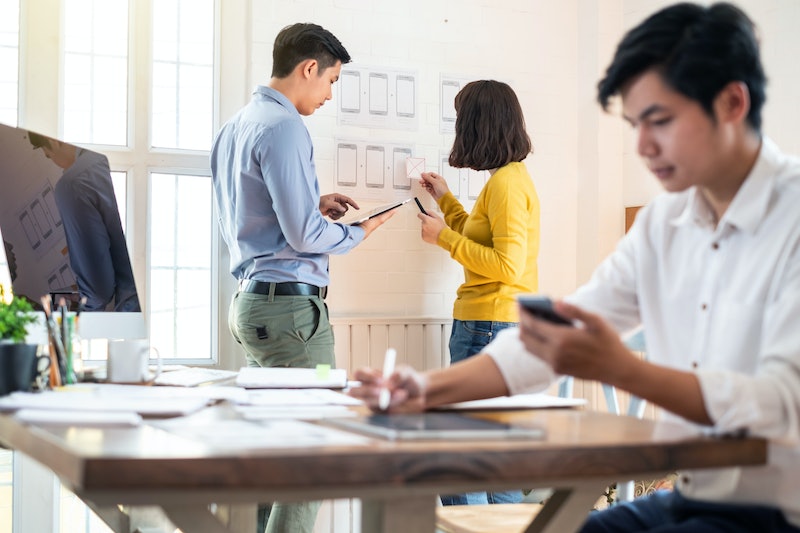 Each year, all companies, charities and public sector departments of 250+ employees must publish their gender pay gap figures by law, or face legal action. And while most of us are aware that there is a gender pay gap problem in this country (along with many others around the world), it's fair to say we hope that with all the media attention and discussions it's getting, the gender pay gap situation should be improving. However, new analysis from the BBC has revealed that less than half of UK employers narrowed their pay gap this year.

Shockingly, analysis of the new gender pay gap figures from some of the UK's biggest employers has shown that in many cases, the divide between what women are being paid, and what men are being paid, is widening, rather than improving.

The BBC analysis concluded that across 45% of firms, the discrepancy in pay increased in favour of men, while at a further 7% there was no change. This follows the shocking news that a massive 78% of companies have a pay gap in favour of men, while only 14% have a gap that skews towards women. The remaining companies reported no difference between men and women's earnings.

As well as this, the median pay gap (calculated by comparing the difference in pay between the middle-ranking woman and middle-ranking man in a company) has only improved by a tiny amount, going from 9.7% last year to 9.6% this year. Hmmm.

Some of the biggest industry offenders who had the highest median hourly pay gap were in construction, finance and insurance, mining, and education.

The BBC has a calculator on their website which allows you to search for the gender pay gap results at your company, which is worth checking out. Speaking about the results and what needs to change, Sam Methers, Chief Executive at the Fawcett Society, who campaign for gender equality, commented;

"The regulations are not tough enough. It's time for action plans, not excuses. Employers need to set out a five-year strategy for how they will close their gender pay gaps, monitoring progress and results."

"Government needs to require employers to publish action plans that we can hold them accountable to, with meaningful sanctions in place for those who do not comply."

"The causes of the gender pay gap are complex and deeply entrenched. Meaningful change will take time and concerted effort, with some changes potentially increasing gaps in the short term, such as employing more women at junior levels before they rise into more senior positions."

She continued, noting how it is important companies continue to share their gender pay gap numbers:

"It is vital that employers publish action plans to explain their figures and highlight where they will be targeting any inequality in their workplace."

Let's just hope that things have gotten worse before they get way, WAY better. *Rolls eyes*.