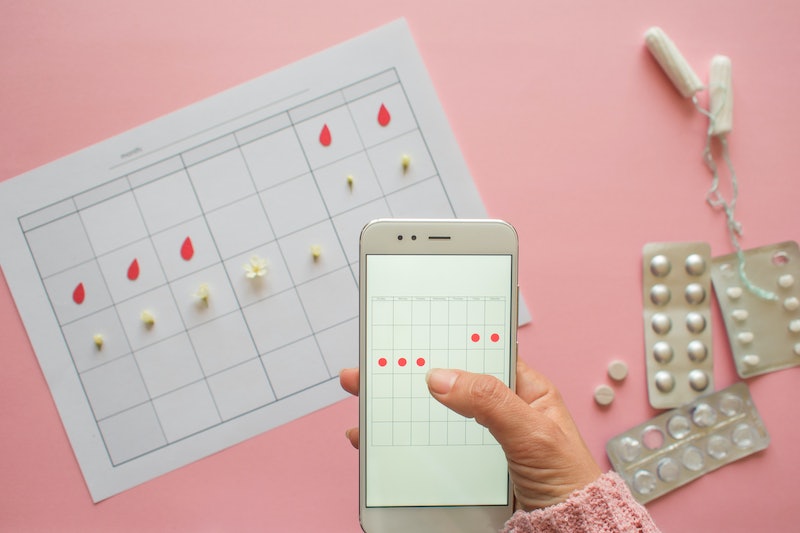 Cast your mind back to your schooldays. Lessons on periods, if they existed at all, pushed the idea of the standard 28-day menstrual cycle. So much so that people thought anything outside of that strict timeframe was abnormal. But a new study is the first to show that this is not the case. In fact, according to researchers, the 28-day menstrual cycle is not a common occurrence at all.

Contraceptive app Natural Cycles teamed up with London's UCL to analyse more than 600,000 cycles from almost 125,000 women based in Sweden, the U.S., and the UK. The study showed that only around 13% of menstrual cycles are 28 days long. Cycles that lasted between 25 and 30 days were found in 65% of participants.

In a statement, Professor Joyce Harper from the UCL Institute for Women's Health explained how the world's understanding of the menstrual cycle could, in effect, be incorrect. "Our study is unique in analysing over half a million cycles and rewriting our understanding of the key stages," she said. "Traditionally, studies have concentrated on women who have approximately 28-day cycles. For the first time, our study shows that few women have the textbook 28-day cycle, with some experiencing very short or very long cycles."

The study, published in Nature Digital Medicine, also focused on fertility. Commonly, people believe that ovulation takes place on the 14th day of the menstrual cycle. This, again, may not be strictly true. Ovulation occurs between the follicular and luteal phase, but the study found several differences in follicular phase length.

This could have big implications for those who are trying to conceive. "It is important that women who wish to plan a pregnancy are having intercourse on their fertile days," noted Professor Harper, adding that identifying the fertile period should use "other measures such as basal body temperature" instead of relying solely on cycle dates.

Dr. Simon Rowland, head of medical affairs at Natural Cycles, also touched on the link between this result and the potential inaccuracy of fertility calendar apps. (Natural Cycles, which, according to their website, has been proven to be 93% effective, faced controversy in 2018 when Swedish users blamed the app for unintended pregnancies, the Guardian reports. They responded by saying that the number of unintended pregnancies was "well in line with [their] expectations.")

“Reflecting the increasingly mainstream use of femtech, studies like this — powered by data — empower women to better understand their bodies by offering a more individualised approach to health. For me personally, the more entrenched I became in my own fertility data at the start of Natural Cycles, the more I learnt about my body — and the importance of this agency cannot be overstated.”

The results will hopefully pave the way for similar studies across the globe. Professor Harper believes there could be "enormous potential to uncover new scientific discoveries," as long as the same findings can be found in a clinical setting.

For the average menstruating person, the study simply proves what we've known all along: that we're not all the same.