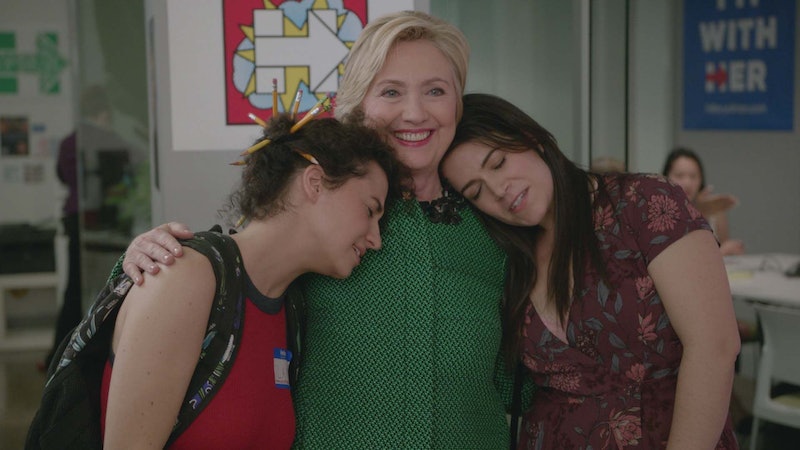 After five years on-air, Broad City stars Abbi Jacobson and Ilana Glazer have become celebrities in their own right. But that hasn't stopped them from featuring a massive list of guest stars on Broad City: Amy Poehler, Fred Armisen, Rachel Dratch, Kelly Ripa, Whoopi Goldberg, Blake Griffin, Hillary Clinton, Shania Twain...and that's only a small sample. It's a seemingly random assortment of cameos, but it somehow works on a show already so bizarre.

That said, there are others who appear several times throughout the series, like Hannibal Buress, who plays Ilana's on-again, off-again boyfriend, Lincoln. Chris Gethard was also featured in earlier seasons as Ilana's spineless boss back at Deals, Deals, Deals. But most of the series revolves around Ilana, Abbi, and their small group of friends. As a result, Broad City often recruits A-list talent to portray minor characters, and it's always fun to spot these well-known actors in small, sometimes inconsequential roles. But that's part of the beauty of Broad City : the celebrities often play outsized versions of themselves, like Kelly Ripa, who apparently has a huge drug problem in the Broad City universe. Here are 31 of the best celebrity cameos in the series.