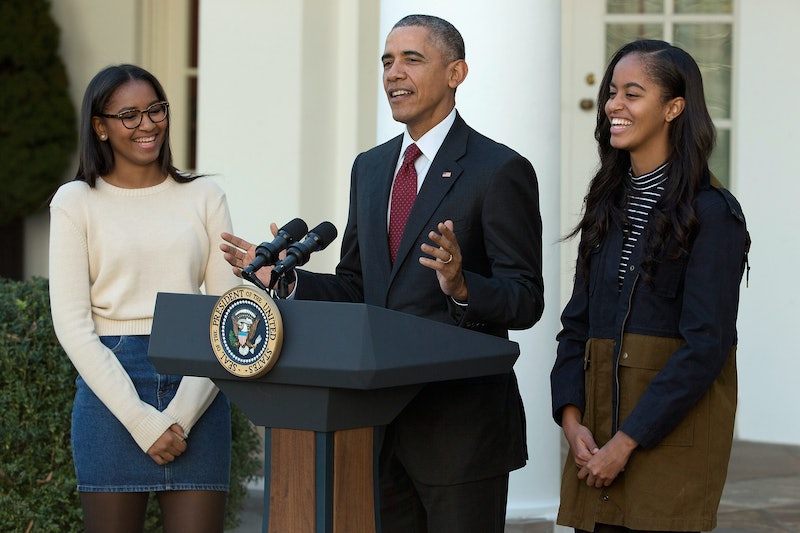 If you don't feel like you've read enough great books, you could pick up worse than the four books on President Obama's reading list for his daughters. Related to Michiko Kakutani, Chief Book Critic for The New York Times, the books President Obama recommended to Malia — who will attend Harvard this year — are fantastic and feminist.

The POTUS knows his daughters will read a lot when they go off to college, and so he didn't want to pick books they would almost certainly be assigned in one class or another. He tells Kakutani: "Part of what was interesting was me pulling back books that I thought were really powerful, but that might not surface when she goes to college."

Unfortunately, President Obama only told Kakutani the titles of four books on his recommended reading list, but the U.S.'s Reader-in-Chief obviously had many, many more ideas for Malia and Sasha to read. I'm sure one of the girls will eventually come out with a funny story about how her father loaded her Kindle down with great books and told her to get cracking.