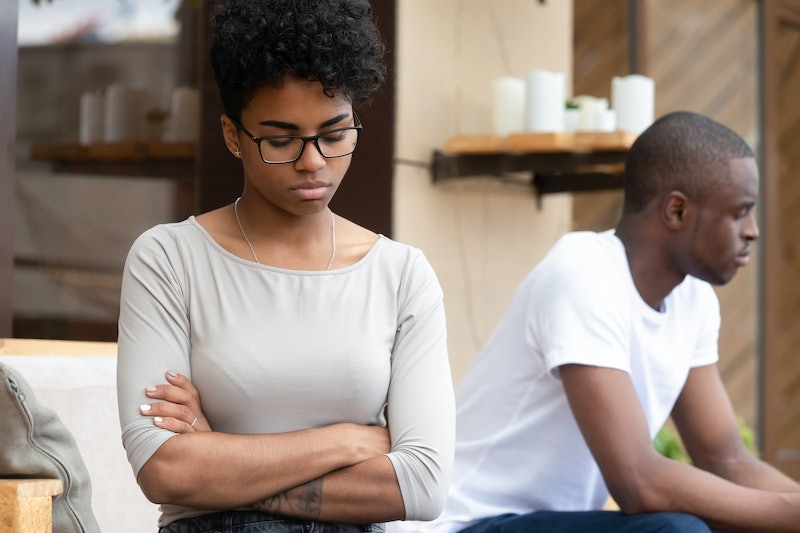 No matter who you are, it can be challenging to confess that you've made a mistake. But for some zodiac signs, it can be extra difficult to admit that you're wrong, according to an astrology expert. You could be naturally stubborn, which makes changing your mind about the situation hard. Or maybe you find that your pride gets bruised easily, which makes second-guessing yourself a challenge. Whatever quality makes admitting that you're in the wrong especially demanding for you, your zodiac sign may have a role in it.

While some signs have trouble acknowledging that they're at fault in a situation, others, like Virgo, will usually say that they're wrong pretty easily — sometimes even too easily. "Virgo is a mutable sign, and mutable signs are the most flexible (at times wishy-washy) signs of the zodiac," Christina Gmyr, an astrologist, business strategist, and the founder of FleetingLife, tells Bustle. "Specifically, Virgos tend to be anxious and sensitive, and they care deeply about others," she says. "This means they are quick to accept the blame and apologize (sometimes more often than they should)."

Here are the zodiac signs that have the most difficulty admitting that they're wrong, according to an astrology expert.