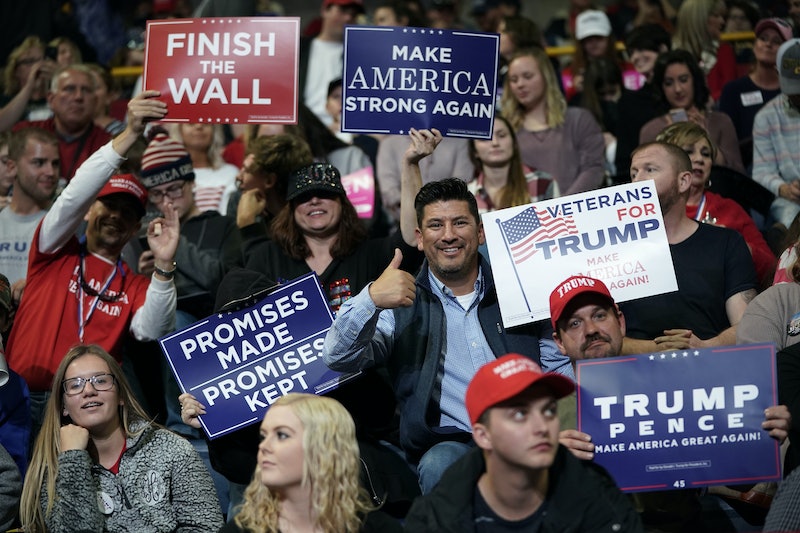 Looking for a restaurant where you and your Make America Great Again hat will be allowed to eat in peace? Well, there's an app for that. A new app connects conservatives with "safe" dining spaces and businesses, operating similarly to the crowd-sourced review forum Yelp — but strictly for conservatives and Trump supporters.

"Find great restaurants nearby, and see how expensive, how far away, and best of all, whether they are safe for conservatives!" a description of the app 63red Safe in Apple's App Store reads. Developed by Scott Wallace, 63red Safe offers users reviews of restaurants and businesses "from a conservative perspective," in an effort to help ensure conservatives are "safe" when shopping and eating.

According to The Hill, the app categorizes businesses as being "safe" or "unsafe" based on crowd-sourced answers to just four questions: Does this business serve persons of every political belief; will the business protect its customers if they are attacked for political reasons; does it allow for legal concealed carry under state laws; and does it avoid politics in its ads and social media postings?

While 63red Safe aims to connect conservatives with businesses where they'll reportedly be "safe," the app isn't intended to simply zero in on pro-Trump businesses. In an interview on Fox & Friends on Monday, Wallace, whose political preferences are unknown, said the app's goal was merely to take politics out of dining and shopping.

"We wanted to make sure that people could let others know what restaurants may have a political bent," he said. "We're not looking to try and find restaurants that are conservative or pro-Trump. Our aim is to get politics out of local businesses, local restaurants and make everyone feel comfortable when they go out."

In fact, Wallace told the Daily Beast that businesses which showed no political slant were considered "safe" for conservatives. Places like the Red Hen restaurant in Lexington, Virginia, which gave White House Press Secretary Sarah Huckabee Sanders the boot last year, were, however, deemed "unsafe" in the app.

The app comes after a number of President Donald Trump supporters and administration officials have reportedly been harassed at or asked to leave restaurants. While outrage over the Trump administration's various policies have led to controversial public confrontations of his officials, it's the president's signature "Make America Great Again" hats that appear to be at the core of incidents involving his supporters. In February, for example, a woman was arrested in Massachusetts after allegedly assaulting a man for wearing a MAGA hat.

It was hardly the first time a MAGA hat sparked conflict. In May, a man wearing a MAGA hat was reportedly mocked and intimidated by employees at a Miami location of The Cheesecake Factory. And in July, a teenager allegedly had a cup of soda poured on him and his MAGA hat taken while eating out in Texas.

On Monday, Wallace claimed there was "sort of a general unease among conservatives" and that he'd created 63red Safe in an effort to "make sure everyone's safe out there."