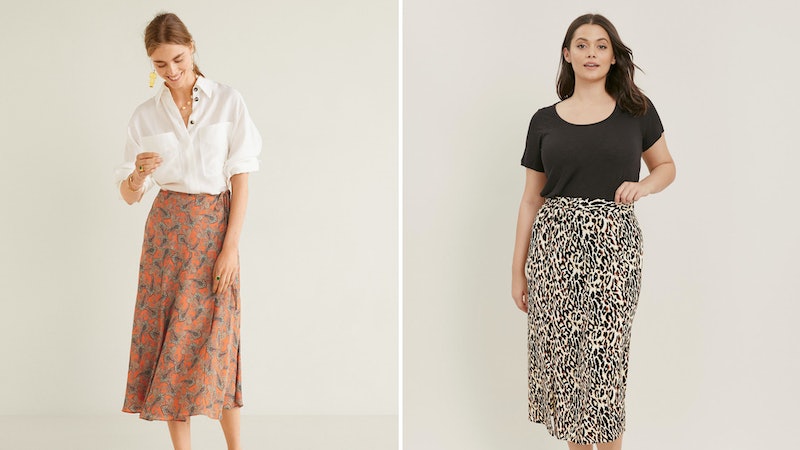 The midi skirt is still quite a divisive garment. Neither a mini skirt nor a maxi, it falls squarely in the space between your knees and ankles. And that is precisely what makes it one of the most freeing things to wear. A skirt that feels too short automatically becomes a battle of decency. One that's a little on the long side, however, kickstarts a "will she trip?" debate. It's true that a certain satin skirt has dominated the style stakes this season, but the midi style comes in more than just block colours. Take printed midi skirts, for example. Ranging from fiery animal stripes to relaxed florals, there's enough patterned skirts to keep you going all summer long.

As well as being a versatile piece, the midi skirt has an interesting backstory. As The Atlantic explains, when the fashion industry had had enough of mini skirts, a return to a longer style at the end of the '60s was only inevitable. But feminist-minded individuals weren't a fan of the style's initial outing, deeming its clinging silhouette to be too restrictive. In other words, they simply preferred the mini.

But nowadays, freedom of choice has paved way for a midi resurgence. Floaty and lightweight rather than tight and heavy, the following printed styles are the latest way to wear the historical look.