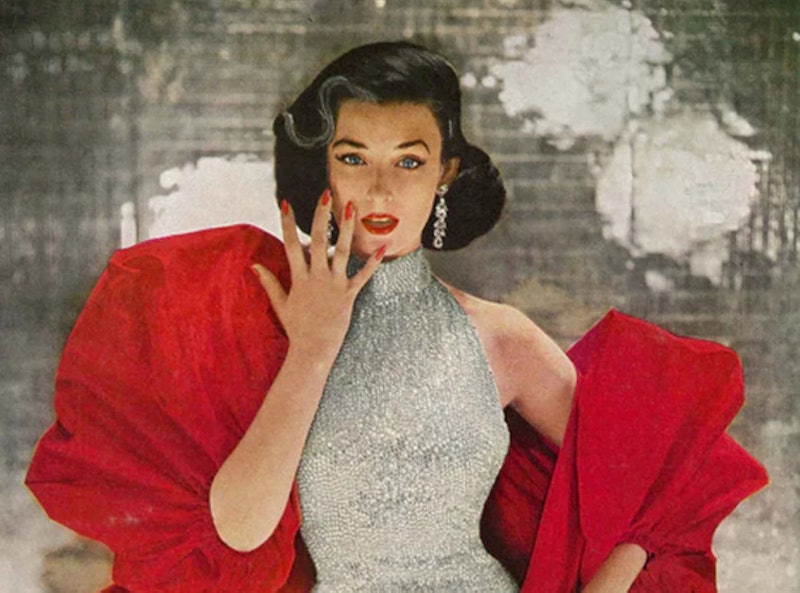 When flipping through a magazine or absently staring at an ad on the side of a bus, it's not often that we consider the lasting impact of the ads around us. But when you look back at the most famous beauty campaigns in history, it becomes clear that ads do more than just get you to buy a new lipstick shade. They have an uncanny way of capturing the ideas of our times — highlighting what we think of beauty, women, and social issues — and, more importantly, they also have the power to turn all of that on its head.

When you look at a nail polish ad, you might just register the chrome and bright shades splashed across the page, trying to convince you to fork over $6 to get that same level of glam. But in the 1920s, those same ads convinced women that if they didn't paint their nails, they would be publicly admitting they spent their work week doing hard labor instead of having tea in hotels. In the 1950s Clairol wiped away the stigma of coloring one's hair with one simple question, and in the '90s a routine campaign opened up the doors for black women to stop being an "extra" in the beauty world, and become part of the whole. Our ads are like the narrators of our times, and the history of beauty campaigns makes that clear.