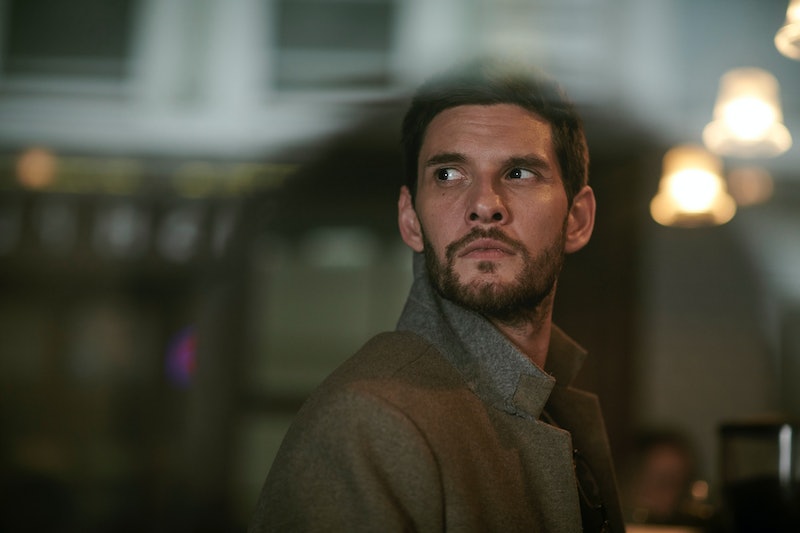 We all love a British drama series, and BBC One's Gold Digger, which begins tonight (Nov. 12 2019), looks set to be one of the best of the year. The series, which sees the lead character Julia (played by Julia Ormond) enter into a relationship with a younger man, stars a number of recognisable faces. In fact, Ben Barnes is playing Gold Digger's Benjamin Golding, the younger man who Julia falls in love with.

Many of you will recognise Barnes, but perhaps not remember exactly where from. The actor has starred in a number of pretty huge projects, including playing Prince Caspian in The Chronicles of Narnia, Billy Russo in The Punisher and Logan Delos in Westworld. In addition, Barnes has also starred as the lead in 2009's adaptation of Dorian Grey, as well as starring in The Big Wedding, a movie that also featured the likes of Robert De Niro, Diane Keaton and Robin Williams. Impressive, huh?

But who is Ben Barnes outside of acting? The star is a 38 year old who lives in Los Angeles, after having moved from London about seven years ago. He studied English Lit and Drama at uni, although he has previously noted it was the theory of drama rather than the performative that he learnt about. Barnes began acting in small theatres in London after university, and eventually managed to get an acting agent, who still represents him today.

What many people may not know is that Barnes also has a muscial side to him. Hn fact, he once worked with Simon Fuller (the man behind the Spice Girls) on a jazz album, which (sadly for us) never materialised.

Speaking about his current role in Gold Digger, Barnes told the Mail On Sunday that he and co-lead Julia Ormond had a great relationship, which really helped with the work:

"We instantly had a great connection. We spent time on little dates, going to English country pubs and chatting about the world and the story. It certainly helps forcing the closeness when you have so many scenes together of that loving, intimate nature."

He also revealed to InStyle that he enjoys how the show forces the audience to question their prejudices about a relationship with an older woman and younger male partner. "What I like about [the show] is that it draws you in by posing a set of questions. Is he just seducing her, or does he really feel these things about this person?... Why do we not think he's just saying the truthful things that come into his mind? Is it because we have a prejudice against her age?

"What it does all the way through is throw up questions like that, particularly about my character Benjamin and his intentions. But what it leads to doing is throwing a mirror up in front of the audience, because it poses the question of, 'If you're making these judgments this way, what prejudices are you employing to do that?'"

Gold Digger begins tonight on BBC One at 9 p.m.

More like this
Mollie Gallagher Has A Deeply Personal Reason For Taking Up Skating
By Maxine Harrison
Emily Atack’s Net Worth Would Make Charlotte Hinchcliffe Proud
By El Hunt
Adam Ali Hopes 'Waterloo Road' Will “Subvert” Queer Misconceptions
By Sam Ramsden
Daryl McCormack Has A Very Special Lady In His Life
By El Hunt
Get The Very Best Of Bustle/UK
Sign up for Bustle UK's twice-weekly newsletter, featuring the latest must-watch TV, moving personal stories, and expert advice on the hottest viral buys.