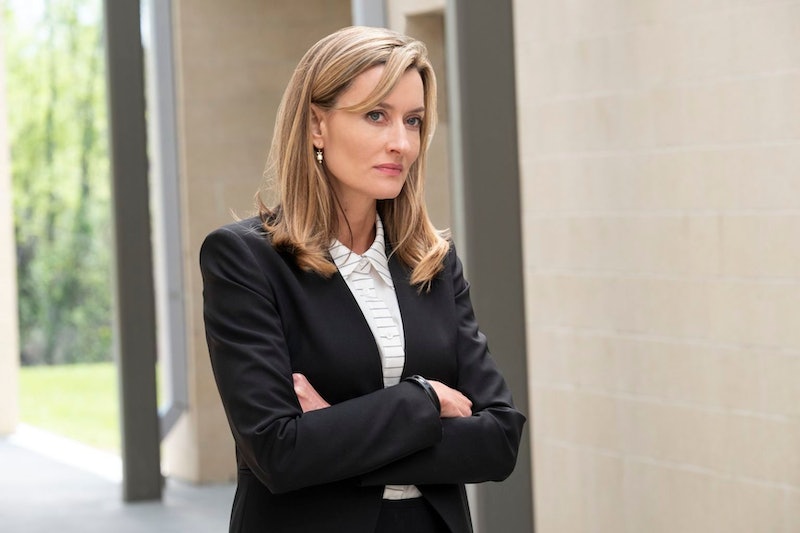 The American-British TV drama The First tells the story of a group of astronauts who become the first humans to visit Mars. The series is co-produced by British broadcaster Channel 4 and U.S. entertainment company Hulu, and stars the Oscar winning actor, Sean Penn. Other cast members of the series, which premiered in the UK earlier this month, include British actress Natascha McElhone, who you might recognise from her previous film and television projects.

The 48 year-old actress is arguably best known for her television roles including First Lady Alex Kirkman in the U.S. political drama Designated Survivor, as well as her portrayal of Karen in the TV series Californication. McElhone also appeared in the hit 1998 movie, The Truman Show, in which she starred opposite Jim Carrey. Her role in The First, however, will see the actress play Laz Ingram, the CEO of a commercial space exploration company, known as Vista.

According to the Radio Times, the character is intelligent, decisive and successful at what she does. Nothing will stand in the way of her passion of launching the first manned mission to Mars, and the character of Ingram has been compared to real-life equivalents including Richard Branson and Elon Musk.

The science-fiction thriller comes from the creator of House of Cards, and will be the first time actor Penn has starred in a major television role. The First is set in the not too distant future, and follows the first human mission to Mars - with particular focus on the colonisation of the planet, as well as the impact the space exploration has on the astronauts' families who are left back home.

Penn, who previously won an Academy Award for his role in the film Mystic River, plays lead character Tom Hagerty, a senior astronaut who was supposed to head the first mission to Mars years prior. Despite being a widower and having deep concerns about his daughter's addiction problems, Hagerty's main focus in life is space exploration, reports the Radio Times. Despite this being the 58 year-old actor's first starring TV role, Penn has indeed appeared on television before, seen in his guest roles on shows such as Friends and Two and a Half Men, in which he played himself.

The co-produced Channel 4 and Hulu show has received a fairly warm welcome from critics. On the review-aggregation website Rotten Tomatoes, The First currently holds a 68 percent approval rating. The site's critics consensus reads: "Sean Penn gives an intensely poignant performance as the driven but conflicted Tom Hagerty in The First's rather slow-moving first season". One glowing review from Ben Travers at IndieWire, praised the show's writing. The review said: "The middle section of Season 1 features some of the best character development, perspective shifts, and overall writing this year", and also praised the work of Beau Willimon, the executive producer of the show. He said: "Beau leaves Earth behind — but not politics — for a mission to Mars that's as grounded in humanity as it is stunning in scope".

As this space mission thriller takes off in the UK, I look forward to seeing how the thrilling backdrop and complex characters combine to tell a fantastic sci-fi story. The First airs on Thursdays at 9 p.m. on Channel 4, so be sure to set a reminder, because you won't want to miss it.