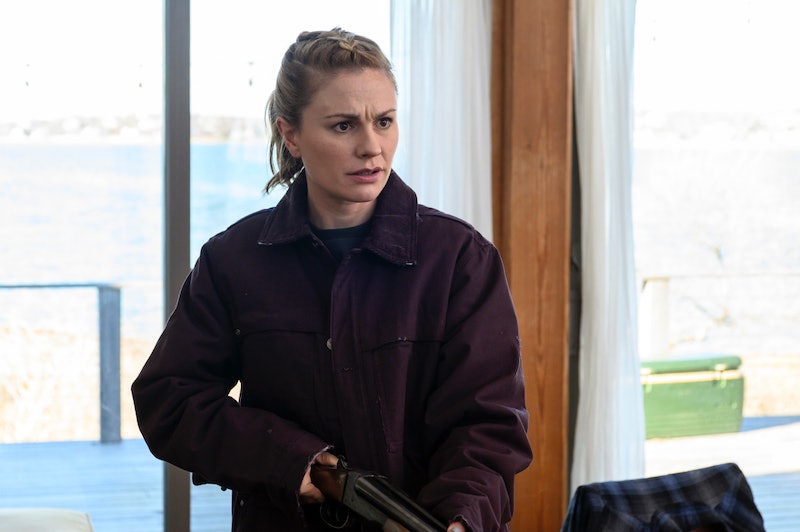 Fans have known for a while that The Affair won't return after the Season 5 finale, but no one could predict how the story would eventually play out. In July 2018, before Season 4 ended, Showtime announced that the fifth would be its last, per The Hollywood Reporter, and that co-creator and show runner Sarah Treem had "always envisioned" only five seasons. Weeks later, the death of Ruth Wilson's character Alison Bailey took everyone by surprise and an entire season still lingered ahead.

After Alison's death aired, Treem told THR that she always saw it as a possibility, but it was made official when Wilson wanted to leave. "That was a request, so that was decided basically before we started writing," Treem said. "It wasn't a discovery of any kind. That was very deliberate."

Season 5 explored the aftermath of Alison's death and introduced a new character and timeline — Alison's grown daughter Joanie (Anna Paquin), who's determined to get to the bottom of the circumstances around her mother's death. She told TV Insider before the Season 5 premiere, "Everything the audience knows about her life is not necessarily the version of events as she understands it. Obviously, she's grown up without a mother, which has had a profound effect. She and everyone else is very confused about how her mother died. The audience knows more sometimes than the character does."

Still, the departure of Wilson did leave some fans wondering what had happened. And in this case, the audience likely knows a lot less than the talent. For example, in an interview with CBS This Morning, Wilson revealed that she's "not allowed to talk about why" she left The Affair, although there are speculations based on an earlier interview she did with the Radio Times. In that interview, Wilson spoke about pay parity and her co-star Dominic West. "He definitely gets more than me," she said in the interview. "I mean, I don’t know what the figure is, but I’m sure he does.”

In an interview with Vulture, Wilson stressed that she had no creative input on Alison's ending, and later that month, she told the New York Times that her departure was “a much bigger story" than what people suspected. In September 2018, Joshua Jackson, who played Alison's first husband on the show, announced that he would not return as a regular for Season 5, per TVLine.

A year after Alison's death aired, cast member Maura Tierney weighed in. "The work was certainly very demanding for [Wilson.] Like, that character was just suffering all the time. I mean, I can’t speculate as to what happened," she told Vanity Fair. “You know, this show is very specific. And it’s very demanding. And sometimes people have a shelf life for it. I think that’s what I would say.”

Whatever the impetus behind Wilson's departure, the final season of The Affair wrapped up a ton of storylines and left viewers with most of the answers they were looking for.