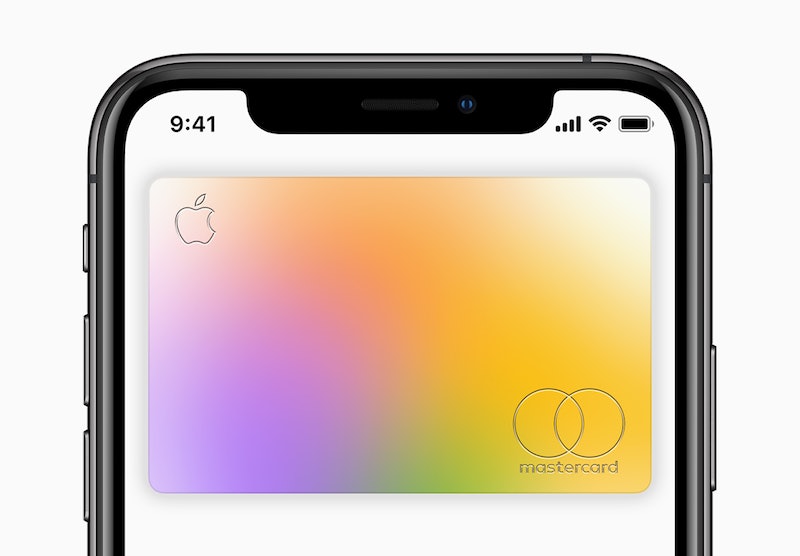 Well, that didn’t take long: Just two weeks after its preview period began, the Apple Card is now open to all qualified users in the United States. As of Aug. 20, everyone can apply for one right on their iPhones in mere minutes — so if you’ve been eagerly anticipating getting your Apple Wallet set up with one, now’s your chance. “We’re thrilled with the overwhelming interest in Apple Card and its positive reception,” VP of Apple Pay Jennifer Bailey said in a press release. “Customers have told us they love Apple Card’s simplicity and how it gives them a better view of their spending.”

Apple first announced its first-ever credit card at the company’s March 2019 keynote event in Cupertino, Calif. Plugging the card’s ease-of-access, lack of fees, comparatively low interest rates, and security and privacy features, Apple presented the whole shebang as the natural progression of Apple Pay, which originally launched in 2014. It also positioned the Apple Card as having been “designed to help customers lead a healthier financial life,” according to a statement from Jennifer Bailey at the time: Mint-like tools were said to offer consumers “a better understanding of their spending so they can make smarter choices with their money, transparency to help them understand how much it will cost if they want to pay over time, and ways to help them pay down their balance,” as Bailey described it. Additionally, much was made of the Apple Card reward system, known as Daily Cash — a cash-back system that gives you access to that cash immediately, thanks to the Apple Cash system.

When the Apple Card finally had its soft launch on Aug. 6, it included all of the features highlighted in the March keynote — as long as you were among the handful of Apple customers who were granted access to the application system. But although access was limited then, we did know that a wider roll-out would be coming later in the summer — and given that the beginning of August is also the beginning of the end of summer, many (including yours truly) speculated that we wouldn’t have long to wait before that wider roll-out arrived. And, wouldn’t you know it? Exactly two weeks later, it’s here. If you’ve been itching to get your hands on an Apple Card, now you can — virtually and physically.

I say that due to the fact that the Apple Card’s main function is to operate in conjunction with Apple Pay’s contactless payment system: You don't need a physical card in order to use the Apple Card. Once your application for the card is accepted, it’ll appear as a payment option for you in Apple Wallet and can be used wherever Apple Pay is accepted. You can also use your Apple Card with Apple Pay when making online purchases. For merchants don’t accept Apple Pay and/or aren’t set up for contactless payment, though, there’s a physical card, too — one made of titanium and designed as sleekly as you’d expect a credit card created by Apple to be. The titanium card can be used wherever Mastercard is accepted, but notable doesn’t have a number on it — so if you want to shop online at a merchant that doesn’t accept Apple Pay, you’ll have to dig up your virtual card number in Apple Wallet and input it wherever necessary.

It sounds more confusing than it is. Ultimately, though, what it boils down to is this: Anywhere that accepts Apple Pay, either in meatspace or online, just select the Apple Card as your payment method and use Apple Pay as usual. At brick-and-mortar stores that don’t have Apple Pay, use the titanium card. And at online retailers that aren’t set up for Apple Pay, use the virtual card number associated with your Apple Card listed in your Apple Wallet.

You do have to be a United States resident, at least 18 years of age, and with a valid, non-P.O. box U.S. address to be eligible for the Apple Card, but assuming you fit the bill, applying for one is simple. To apply for an Apple Card, just open up Apple Wallet on your iPhone, tap the plus sign in the upper right-hand corner, and tap “Apple Card” when prompted to select the kind of card you’d like to add. From there, follow the prompts on the screen to complete your application; it only takes a few minutes. Once your actual application is in, approval should come pretty quickly if you’re qualified; according to The Verge, Apple has said that “it should take less than a minute.” And after you accept your offer, bam — your Apple Card is available in Apple Pay. You can also request to have the titanium card mailed to you during the application process.

For more on the Apple Card application process, head here.