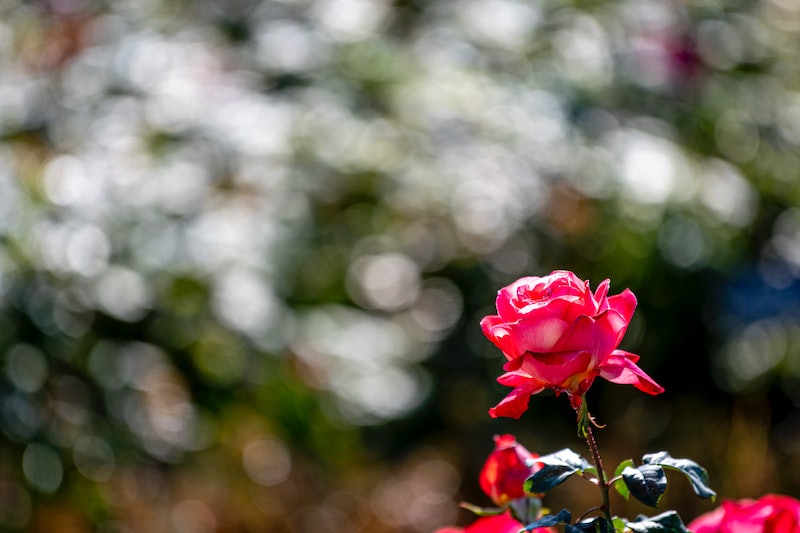 For better or worse, not everyone's first time having sex is like something out of a '90s teen rom-com. Whether you lost your virginity in a car, in the basement while your parents were upstairs, or on the night of your wedding, your own experience is probably personal and special to you in some way, regardless of how good or bad it was. Although the concept of "virginity" is outdated in a lot of ways, that doesn't mean your first time having sex isn't an important and life-changing moment for many women and men.

Recently, HerCampus took a survey of 3,000 female college students about losing their virginity, which uncovered a lot of surprising facts about what it's really like to have sex for the first time as a young woman. Even as an adult, having sex is not always rainbows and sunshine, and when it's your first time, there's obviously even more potential for awkwardness and less-than-sexy moments. When there's so much buildup to an event, it's almost inevitable you'll be disappointed in some way, and it's easy for young people to have unrealistic or misguided expectations about losing their virginity, since it's an experience that most people really look forward to.

Whether your own first time was picture-perfect or downright awful, there's nothing to be ashamed of — you have a lifetime ahead of you to make up for it with great sex. But if you're curious and want to compare your first time with other young women's experiences, here are seven of the most interesting facts about losing your virginity that the HerCampus survey unearthed:

1. Not Everyone Was Ready For Their First Time

According to the HerCampus survey, one-third of women said they didn't feel ready for their first time having sex. Sadly, the pressure to have sex can be very real when you're in high school and "everyone else is doing it." It should go without saying that no one — no matter their age, gender, or orientation — should feel pressured into having sex, whether it's your first or 100th time. Despite how important open communication is, only 59 percent of people said they had talked about losing their virginity with their partner before it happened, and most people said they didn't plan on losing it the day it happened.

On the plus side, the survey also found that most women did "prepare" in some way for losing their virginity: 60 percent had a location picked out, 63 percent found a way to get condoms, 25 percent picked out the perfect outfit, and 9 super-prepared percent of women had a love-making playlist ready to go.

2. The Most Common Age Women Lost Their Virginity Was 18

Everyone matures emotionally at different rates, but it makes sense that a lot of women were 18 when they had sex for the first time. At 18, you're on the threshold of adulthood (though "real" adulthood is a whole different ball game), and you're making decisions independently for the first time, so exploring your sexuality is perfectly natural at that age. But was everyone satisfied with when they lost their virginity? While 22 percent said they wish they'd waited, 65 percent were happy with the age it happened.

3. Most Women Weren't On Long-Term Birth Control When They Lost Their Virginity

Of those surveyed, 67 percent said they weren't on a long-term form of birth control — like the pill or an IUD — when they had sex for the first time. Unfortunately, it can be scary and difficult for young women to figure out how to get birth control, especially if they have to do it without the permission of a parent or guardian. Sex education in America might leave a lot to be desired, but there are websites, apps, and other resources available to help teens have safe sex. Another positive thing? Seventy-six percent of the women surveyed said they did, at least, use a condom their first time (though 100 percent would be a better figure).

4. Over 50 Percent Of People Remember The Exact Date

Because losing your virginity is viewed as a milestone, it's not surprising that more than half of the respondents said they remember the precise date when they lost their virginity (yours truly among them). Whether you scribbled it down in your diary or just committed it to memory, it's fun to be able to recall the day you first had sex, even though that milestone will eventually be surpassed by bigger, more exciting things, like your wedding day or getting your first real-adult job.

5. 21 Percent Of Women Didn't Tell Anyone When It Happened

While most women did tell their best friend about their first time, 21 percent of women surveyed said they didn't spill the beans about losing their virginity to anyone. Despite the stereotype that teen girls get in pillow fights and giggle about boys during all their sleepovers, some women prefer privacy about their sex life, which is totally fine. And perhaps unsurprisingly, less than a quarter of women told their parents when they had sex for the first time (because, um, awkward?).

Over 50 percent of women said it hurt when they lost their virginity, although only 35 percent bled. Similarly, half of women admitted to being nervous or scared before their first time, but overall, 49 percent of people enjoyed it despite the nerves. If you're young and still experimenting with sex, trust me: When you're an adult and know your likes and dislikes, sex gets so much better. Cheers to many years of pain-free, pleasurable, mutually satisfying sex!

7. Only 49 Percent Of People Lost Their Virginity To A Partner They Were In Love With

Of those surveyed, two-thirds said they lost their virginity to someone they were in a relationship with, and 49 percent were in love with their first sexual partner. However, only 21 percent of women said they had a repeat performance with the person they first had sex with. On the bright side, two-thirds of people are happy with who they lost their virginity to, so it's not like most of us are sitting around, mourning the tragic and untimely demise of our hymens.