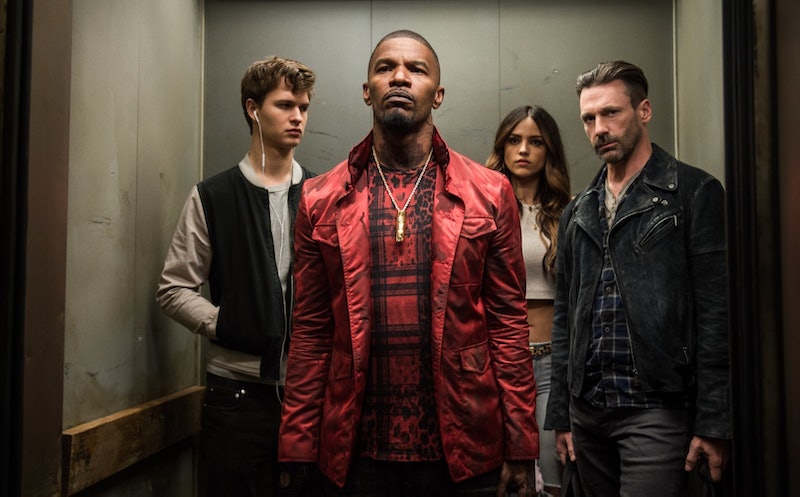 Baby Driver is probably the most important film of 2017 — at least sonically. The movie is an action-packed heist/chase film with an ensemble cast full of stars including Ansel Elgort, Lily James, Kevin Spacey, Jon Hamm, and Jamie Foxx, and it's written and directed by cult favorite filmmaker Edgar Wright. Yet, despite all it has going for it, it seems all anyone can talk about is the Baby Driver soundtrack.

The movie if full of music. The film's protagonist is Baby, portrayed by Elgort, a getaway driver for bank robbers. As he suffers from tinnitus, Baby listens to music constantly to drown it out. The music is used throughout the film to coincide with the action, making the film the equivalent of an action movie opera. The soundtrack is available now in mp3, CD, and vinyl formats wherever music is sold, and the track list is immense. The collection consists of 30 songs and covers loads of different genres from several decades. There's classic rock, hip hop, indie rock, R&B, and more; plus three original new tracks: "Easy" by Sky Ferreira, "Chase Me," by Danger Mouse featuring Run The Jewels and Big Boi, and "Was It Easy?" by Kid Koala. You can find the full track list below:

And since music is meant to be heard, not seen, here are a few of the standout tracks from the film.

One of the originals for the film, this will pump you up.

The title track, sort of.

"Never, Never Gonna Give You Up" - Barry White

The music is the most important aspect of Baby Driver, and if the film's excellent soundtrack is any indication, the movie should be pretty great, too.