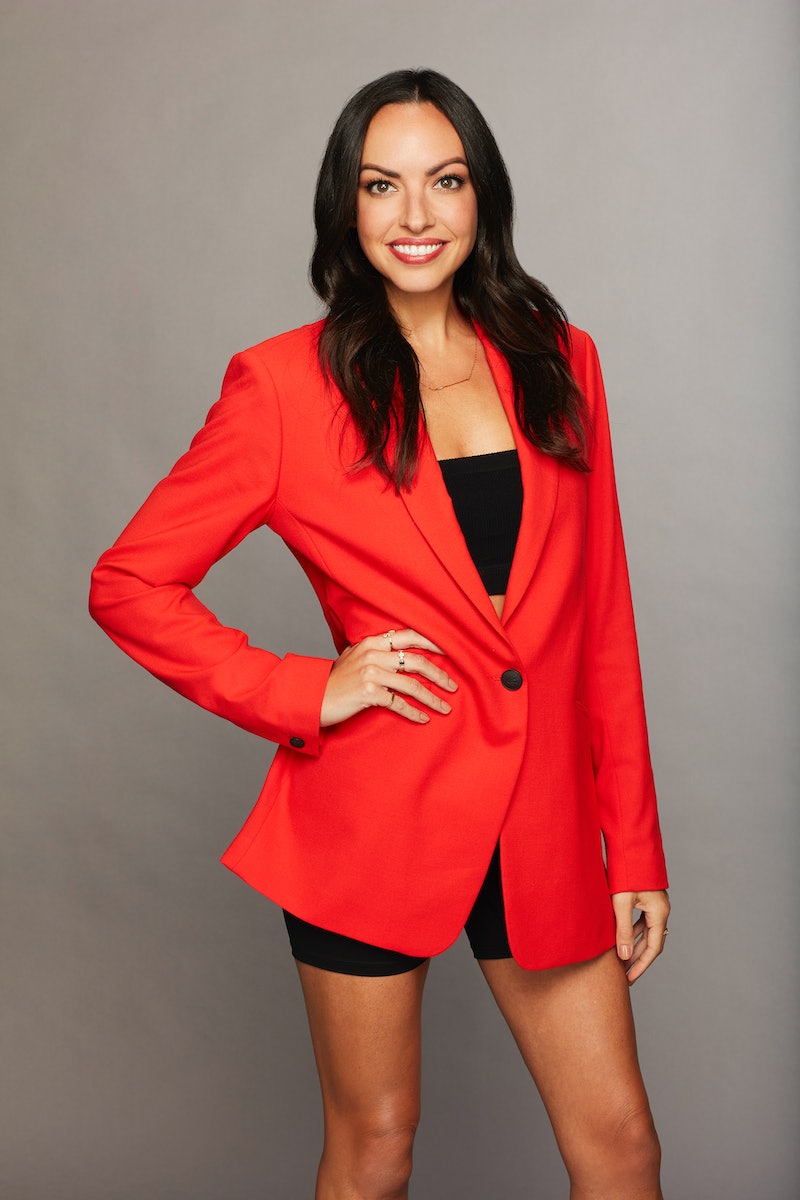 Colton Underwood hasn't even started handing out roses yet, but there's already controversy brewing on his season of The Bachelor. On Friday, Dec. 7, The Bachelor contestant Tacy Shapoff apologized for past comments she made on Twitter, as reported by E! Online. Her apology came after Reddit users unearthed offensive tweets from the 31-year-old wardrobe stylist that included racist comments, fat-shaming, and use of the R-word. Additionally, she also seemingly bashed The Bachelor, writing in a since a deleted tweet from 2009 that was screencapped by fans, "Do ppl really think they're finding love on reality tv…or am I just the idiot that watches it?" Bustle reached out to ABC, but the network has no comment on Shapoff's tweets or her apology.

Shapoff apologized for her tweets in a lengthy message she shared to Instagram. The wardrobe stylist wrote:

"I want to start by expressing my sincerest apologizes for the extremely hurtful words that I said many years ago. I'm so sorry for those who I have offended. I am beyond mortified that I ever had those thoughts and then proceeded to express them. By no means does this reflect the person who I am today. To the people who do not know me, I am a loving, kind, thoughtful, generous, and compassionate woman. I am not mean-hearted or hurtful."

She continued, "The people I have always surrounded myself with are very diverse and come from all over the world. I have a huge heart and a very open mind. In the many years since writing those tweets, I have made a conscious effort not to be judgmental and to be accepting of all people. I have gone into a field of work where I am able to help women and men have positive images of themselves, their bodies, and feel beautiful in who they are. It is the most rewarding feeling being able to work in such a diverse field. It shows me the beauty in all people and I am so lucky to have this opportunity."

Shapoff concluded her apology by writing: "I do not defend any of the words I have tweeted, I just want to deeply apologize and learn from my mistakes. I wholeheartedly reject all of those sentiments. That being said, I take full responsibility for my tweets and will use this as a learning experience. I hope that we can continue to spread love and kindness in the world." According to the dates on the screencaps, it seems that the offensive tweets were shared between 2009 and 2011.

This isn't the first time that a Bachelor or Bachelorette contestant's controversial social media activity has come to light. Earlier this year, Garrett Yrigoyen, a contestant on Becca Kufrin's season of The Bachelorette, apologized after fans discovered that he had liked several offensive posts about women, the transgender community, and more on Instagram.

He issued an apology for his behavior, writing on Instagram, "I am sorry to those who I offended, and I also take full responsibility for my 'likes' on Instagram that were hurtful and offensive."

Underwood's season of The Bachelor has already been filmed, so there's no way to know whether he and Shapoff hit it off yet or not. However, hopefully, the 31-year-old truly has changed since she wrote those tweets and her apology is sincere. Still, even though her comments were made years ago, the controversy surrounding them illustrates that the impact of a person's hurtful words online doesn't lessen over time.