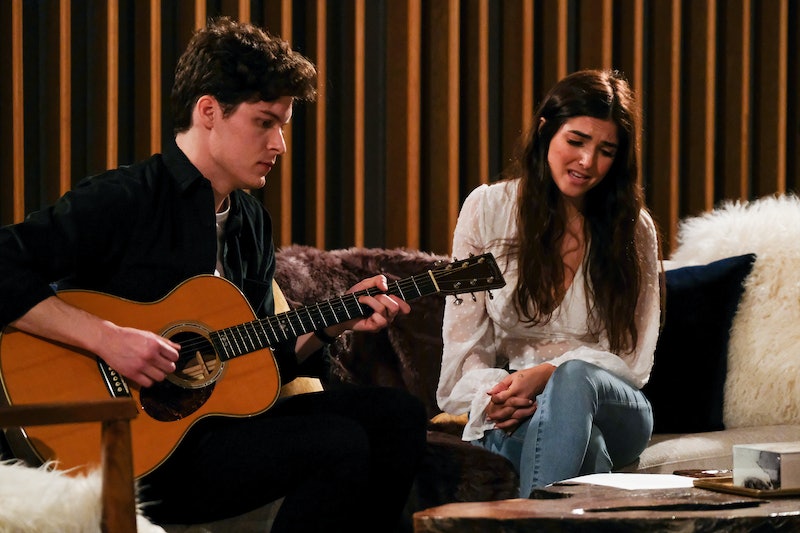 For those unaware, Listen to Your Heart will follow a group of men and women who are not only seeking love, but also a music career. They will live together go on Bachelor-style dates, all while being tested through musical challenges. The purpose is for them to connect through music. Their performances will be judged by famous singers, including Jason Mraz, Kesha, Ashlee Simpson-Ross and Evan Ross, Rita Wilson, Taye Diggs, Jewel, Toni Braxton, Andy Grammer, and Pat Monahan, as well as Bach alums.

And, at the end of six-episodes testing the couples to find the "perfect duet," one lucky duo will be crowned the overall winner. In early march, Bachelor host Harrison discussed the Listen to Your Heart prize with Parade, but wouldn't reveal exact details. And according to him, "the hope" is for a proposal and maybe even a recording contract.

"The goal of this is a couple to find true love, but then also have this amazing duet that will earn this prize package that we put together," he teased. "I won’t reveal everything that’s in this prize package. But it is to go out and perform, record music and to become a real duet, a professional singing duet."

Overall, the point of Listen to Your Heart is for single individuals to find love, but unlike the Bachelor and Bachelorette, this show also gives them the chance to possibly become a famous singing duo in the process.