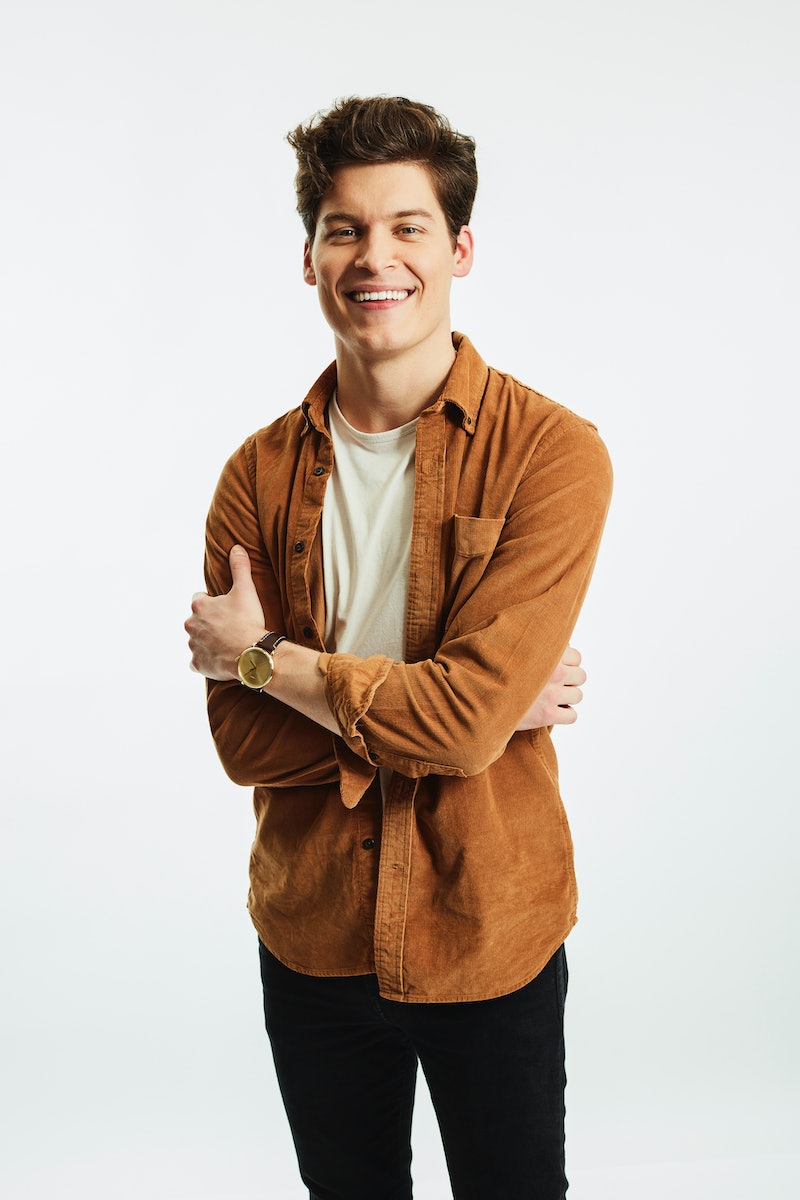 Is it possible to find love through music? The Bachelor spin-off Listen to Your Heart plans to test that theory by bringing together 20 single musicians who will need to connect through solo serenades and duets. With only six weeks to find love, the competition will be tough, but one contestant may have an early advantage: The Bachelor: Listen to Your Heart star Ryan Neal, a singer from Michigan who's no stranger to belting out soulful R&B tunes.

Chris Harrison told Us Weekly that Listen to Your Heart will have some of the familiar trappings of Bachelor, but it'll be filmed in a different mansion and focus entirely on musical connections. "It’s going to have that awesome familiarity," said Harrison. "But there’s going to be this weird, eccentric twist to it that you’re not quite sure where it’s going."

Get to know more about Listen to Your Heart contestant Ryan Neal below.

Who is Ryan from The Bachelor: Listen to Your Heart?

Per his LinkedIn, Ryan is a Detroit-based singer and producer who grew up in Dearborn Heights. According to his official Bachelor profile, Ryan knew that he wanted to become a pop star, so he learned how to play guitar at an early age. It wasn't until he took some time off to rent a secluded house in Nova Scotia that he figured out his sound leaned more towards jazz and R&B.

In Week 1, we found out that music making isn't Ryan's main gig. Unlike some of the other musicians, Ryan has a pretty stable day job, working as an ophthalmologist in Michigan. Most of his days are filled with testing people's eyes for diseases and vision disorders.

What kind of music does Ryan Neal make?

According to his website, Ryan's sound spans several genres, from jazz and funk to pop and R&B. He describes his music as soulful vocals mixed with "slinky guitar lines, vibey electric piano and funky bass riffs" that aims for a mixture of nostalgia and modernity.

Ryan's Instagram shows off more of his musical chops

On his Instagram, you can see Ryan workshopping a lot of his original music in his home studio, showing off his skills with both the guitar and the piano. His Instagram is full of covers of classic songs, like Donny Hathaway's "A Song For You" and Marvin Gaye's "What's Going On."

Jazz quite literally helped fuel the civil rights movement, so it's unsurprising that Ryan's Instagram also shows an interest in social justice. On his "What's Going On" cover, Ryan wrote that Gaye's "entire album is a masterpiece in socially-conscious songwriting. There’s a reason this album hangs on my wall at home."

Does Ryan find love on The Bachelor: Listen to Your Heart?

Maybe? As is often the case for Bachelor contestants, Ryan's been pretty unlucky in love, despite all his musical chops. His Listen to Your Heart profile says he's struggled to find someone who "respects his musical aspirations," so he wants someone who "understands the unique challenges of dating an artist."

In Week 1, Ryan got attached to the first contestant he met, Jamie, and they went on a date where they sang a cover of John Mayer's "Gravity." However, Jamie ultimately gave her rose to Trevor. Ryan, meanwhile, was narrowly saved by Rudi, though they didn't seem to have a romantic connection.

In Week 2, Ryan gave his rose to newcomer Natascha. The two shared an amusingly cringe-worthy kiss, and the actual rose-giving wasn't caught on camera, which feels like a case of producer intervention. Still, Natascha did tell People that their Week 3 date goes well, and she believes that "Ryan and I are on our way to really being a strong team." So maybe Ryan and Natascha last 'til the end?

Only time will tell if Ryan really clicks with any of the contestants, but it looks like Ryan's ready for love, guitar in hand.