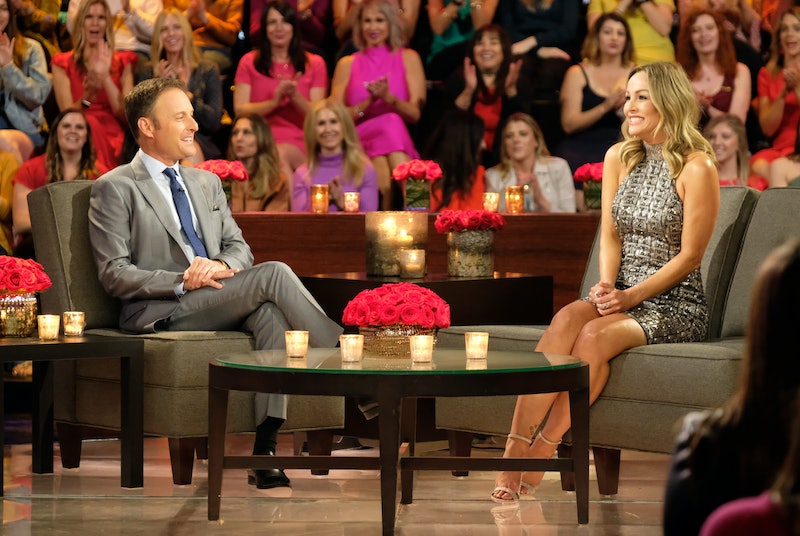 The Bachelor has officially chosen its first Black male lead, but the show's producers promise that's just the beginning of their efforts to embrace equality. In a statement released on the Bachelor Nation website, the Bachelor producers pledged to make "significant changes" to address the lack of diversity on the franchise in the wake of Matt James' casting as the first Black Bachelor. This statement comes a week after the launch of the Bachelor Diversity project, a petition from fans demanding more diversity and equitable treatment of BIPOC both in front of the camera and behind the scenes.

"We are excited to move forward with both Matt James as the new Bachelor and Clare Crawley as our next Bachelorette," the producers' statement reads. "We acknowledge our responsibility for the lack of representation of people of color on our franchise and pledge to make significant changes to address this issue moving forward."

While they didn't reveal any concrete plans, the statement also promised that they are "taking positive steps to expand diversity" in terms of casting, production staff and "most importantly, in the relationships that we show on television." The producers concluded their post by stating that, "We can and will do better to reflect the world around us and show all of its beautiful love stories."

The statement also comes in the wake of criticism from former Bachelorette Rachel Lindsay, who said she feels "embarrassed" to be part of the franchise and resolved to cut ties with the show if producers continued to ignore the ongoing racial issues. On June 12, Lindsay — who became the first Black Bachelorette in 2017 — openly requested that the show follow up James' casting with even more efforts to promote diversity going forward.

While she conceded that casting James is "a step in the right direction," Lindsay also pointed out that The Bachelor needs to follow it up with more concrete change. "I would be remiss to not point out that based on the current climate, it feels like a knee-jerk reaction and a result of societal pressure," she wrote in a series of posts on Twitter. "This announcement, without any further commitments regarding diversity, sweepingly brushes deeper issues under the rug."

Lindsay continued, "Until we see action to address the systemic racism within the franchise, the casting news today is equivalent to the trend of posting a black box on your social media account without other steps taken to dismantle the systems of injustice. I look forward to hearing more about the additional efforts the franchise plans to make towards change." She seemed encouraged by the Bachelor producers' pledge to change; Lindsay commented "Thank you!" on a post sharing the statement on Instagram.

In addition to addressing the franchise's lack of diversity, the producers' statement also promises to move forward with Clare's season of The Bachelorette. Production on the season was indefinitely postponed due to the coronavirus pandemic, but ABC exec Rob Mills told Variety that they're hoping to resume filming on Crawley's season this summer. In fact, he also revealed that announcing James as the new Bachelor this early is a good thing: "Every guy who will be on her season will know there is no chance of becoming the Bachelor, so they should really all be there only for Clare." Clearly, there are plenty of changes coming to Bachelor Nation when production picks up once more.