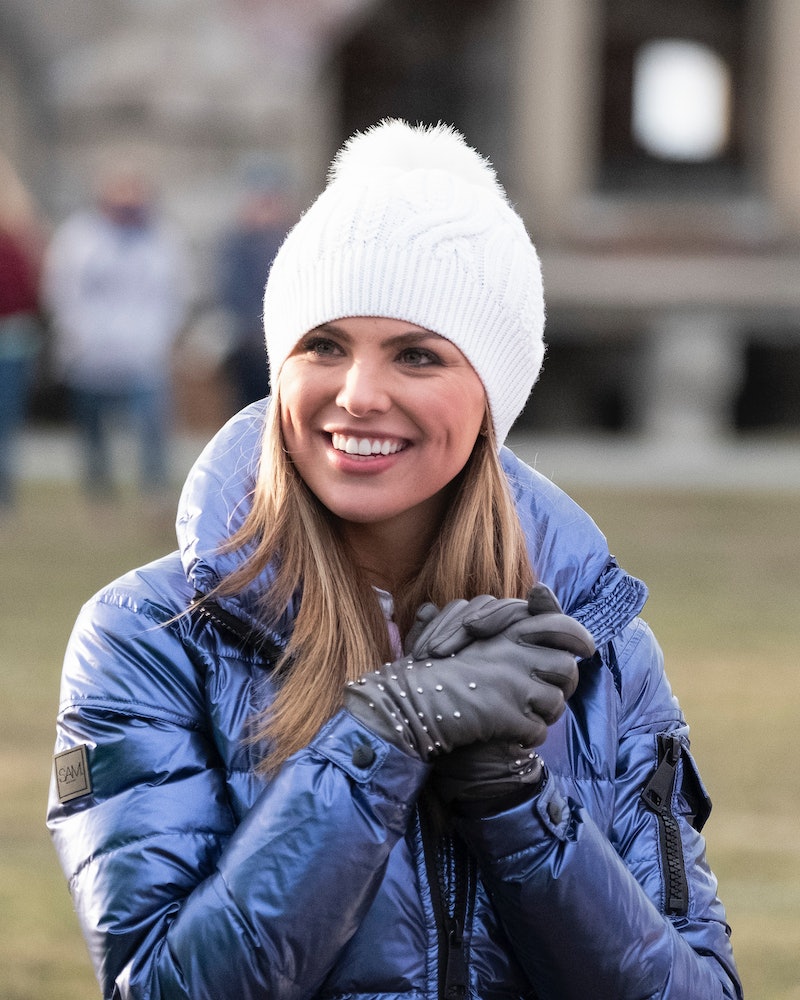 When you think of The Bachelorette star Hannah Brown, it's easy to picture high energy and optimism. Even so, she's a human being who has struggled just like the rest of us. Recently, Hannah discussed anxiety and depression during an episode of Nick Viall's podcast The Viall Files.

On the June 5 episode, the former Bachelor lead asked, "When did you start becoming the Hannah that we are getting to know now?" Hannah was very forthcoming in response. She began, "There have been a few defining moments." Then, she pinpointed the major shift. Hannah revealed,

"I feel like ultimately, I suffered with anxiety and depression in college. I think it was because the gig was up. I couldn't keep up with it anymore."

The "gig" (or "jig") that Hannah referred to was her list of high school accomplishments. The Alabama native recalled, "In my hometown, I could be the homecoming queen, the this, the that, but then when you get to college, there's like 50 homecoming queens in one of your classes. So, you're not that great."

Reflecting on her tough transition into college life, Hannah shared, "I was suffering with all this for a while, but I smile, that's just like how my face is planted. Nobody knew anything and I didn't want to say anything because I didn't want to be a bother." This was until she asked for help. Hannah said, "I went to the doctor and he asked me, 'Are you happy?' and I just said, 'No.'"

"It was the first time someone asked me if I was actually happy and I just lost it. It was after that when I was like, 'Where do you find your happiness and who are you?' That's what started my transition."

From that point on, Hannah began "accepting that it's OK to be sad." She realized, "It's OK to be sad for 'no reason' because it is something I was struggling with. I always thought that I had to have a 'reason.'" She even had guilt about her feelings, thinking to herself, "My life is so great compared to other people's."

Hannah also delved into how her mental health struggles played into her success in the pageant world. She took a year-long break from pageants and decided to compete in the Miss Alabama USA pageant on a whim only two weeks beforehand. She recalled, "I was like 'Whatever. I'm gonna do it.'" Fittingly enough, that's the first year she won the title and it was the first time she competed on her own terms without "just listening to everybody tell [her] what to do."

Unfortunately, she didn't carry that some sense of self into the Miss USA pageant. Hannah told Nick, "For me, I still struggled with being the perfect person." She shared, "I was still falling into a few traps along the way." She did not place in that pageant and she wasn't able to shake off those struggles before she walked into the Bachelor mansion.

Hannah continued, "It was the same thing with Bachelor. I fell into my little trap there." She even explained her thoughts going into the unforgettably awkward solo date with Colton Underwood. Hannah said,

"I was like, 'Who do I be? I have to spend a whole day with you after I've only been here for two days? Great. Who am I going to be? Myself or anybody else?'"

Nick couldn't help asking, "You actually had that thought?" Hannah confessed, "Absolutely." She went on to explain,

"I was trying to continue the track that I was on of really leaning into who I am as a person, but also meeting this guy not knowing how much of that person I want to give him. What you got was the middle of me just paralyzed. I did not know who to show him or the millions of people watching this."

That's a good point, officially speaking it was a one-on-one date, but Colton wasn't the only one assessing her. The Bachelor viewers would as well.

Even though Hannah got off to a shaky start on Colton's season, fans saw her transformation. She became comfortable with who she is and it led the opportunity to be the Bachelorette.

Discussing depressing and anxiety in a May 27 interview with The Hollywood Reporter, Hannah revealed, "Doing this show has taught me how to handle that in a more positive way. I think it’s okay to just say, 'Hey, I’m a little anxious, I’m a little sad.'" She continued to explain, "The Bachelorette is a great platform for me to be candid about things that I’ve struggled with and to be able to combat them."

Hannah accepts her own feelings as valid and feels comfortable sharing her struggles with the world, in turn helping others feel less alone. She may have been tough on herself for not being "perfect," but she's actually a great Bachelorette and an admirable role model for embracing those imperfections.