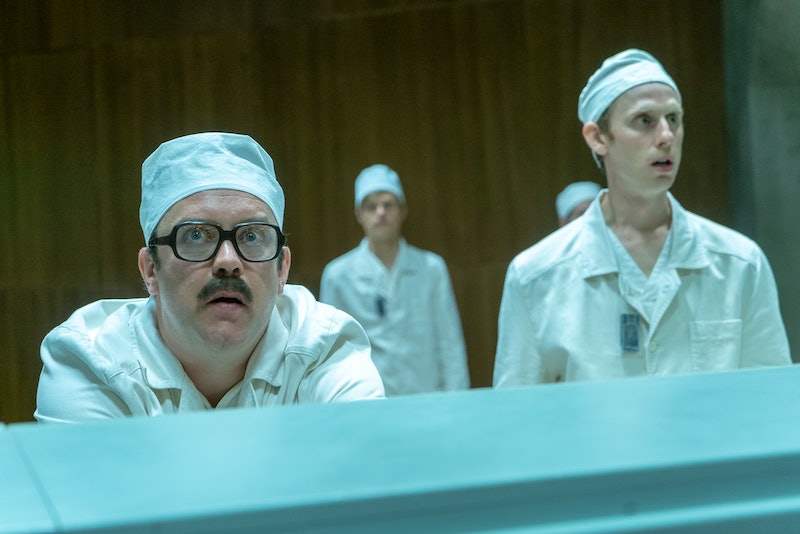 Great TV has been one of the things getting us through lockdown, so it only makes sense that the ceremony that honours it is still going ahead (virtually, of course!). The BAFTA TV nominations 2020 have just been announced, and shows such as Chernobyl, The Crown, and Fleabag have all walked away with an impressive number of nominations.

Another big hitter is Netflix series The Crown, which received seven nominations in total this year, including Drama Series, Supporting Actor, and Supporting Actress. In third place was Fleabag and Giri/Haji, both of which received six nominations, followed by His Dark Materials and The Virtues with five, and Killing Eve, Sex Education and Top Boy with four.

In terms of the individuals who've garnered the most nominations this year, Phoebe Waller-Bridge (Fleabag) and Jamie Demetriou (Stath Lets Flats) lead the charge, with three nods each.

This year's Must See Moment category also has some interesting nominees from both scripted and reality TV, including the Michael re-coupling after Casa Amour on Love Island and Game of Thrones' famous scene in which Arya kills the Night King.

The TV Awards ceremony has unsurprisingly been moved over to virtual platforms this year due to the coronavirus crisis, and will be hosted by Richard Ayoade, July 31 on BBC one. Award winners will give their acceptance speeches via video link, which will be a first for awards ceremonies.

The BAFTA Craft Awards, which will recognise writers, editors, and production designers, will be streamed on July 17, and will be hosted by Stephen Mangan.

More like this
'Love Island's Haris Insists Street Fight Video Doesn’t Show Full Story
By El Hunt, Darshita Goyal and Sophie McEvoy
Joey Essex Is Rumoured To Be Dating A 'Love Island' Favourite
By Sam Ramsden
Twitter Has Renamed Ekin-Su After *That* 'Dancing On Ice' Performance
By Sophie McEvoy
'Love Island' Has Added Yet Another Bombshell To The Villa
By Bustle UK
Get The Very Best Of Bustle/UK
Sign up for Bustle UK's twice-weekly newsletter, featuring the latest must-watch TV, moving personal stories, and expert advice on the hottest viral buys.