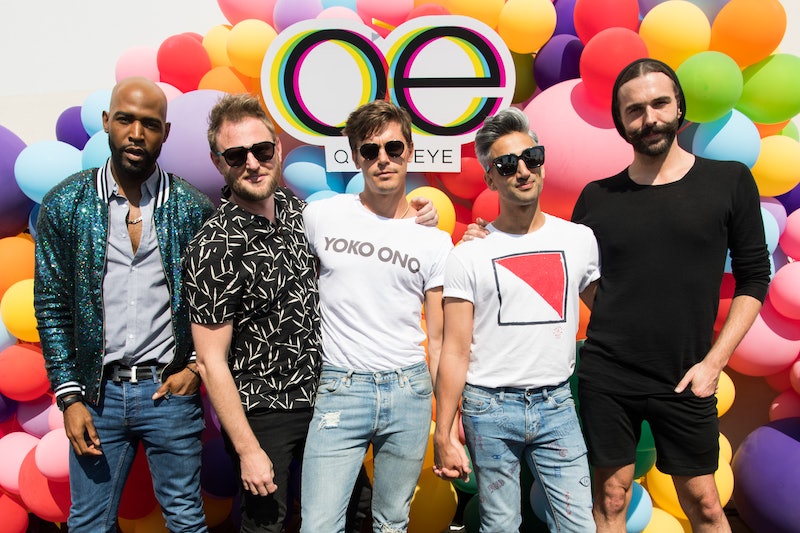 The BAFTA's Virgin Media British Academy Television Awards is always one of the biggest nights of the year for TV's top stars. This year, it will take place on Sunday May 12, and some of the nominees have already started being announced. The six nominees for the BAFTA's must-see TV moment were unveiled this morning and, boy oh boy, are they good.

The must-see TV moment award is a celebration of some of the most tense, edge-of-your-seat, hilarious, and heart-wrenching scenes that television has to offer. These nominated scenes sparked some really important conversations in 2018. From civil rights and race equality to gender roles, self-love, and mental health — these moments prove that television has the power to get people talking about important and necessary topics that affect us all.

In no particular order, the nominated moments are (drum roll please!):

This is one of the few awards in which the public get to have their say, and voting opened today. So what are you waiting for?

BBC's Bodyguard got the nation talking and I, for one, spent the entire season literally screaming at my television. The tense drama centres on the broody bodyguard to the home secretary and their saucy romance, all set to the backdrop of terrorist attacks around the city. The jaw-dropping scene nominated for the Virgin Media Must-See Moment Awards is the moment when the home secretary dies in a colossal Hollywood-style explosion.

Doctor Who's nominated scene is from the episode "Rosa," which was written by Noughts And Crosses author Malorie Blackman. The tense episode sees the new Doctor, played by Jodie Whittaker, and her companions travelling back in time to Alabama in 1955, where they meet Civil Rights activist Rosa Parks. The nominated scene is the heart-wrenching moment when the time-travelling team must let the infamous events that played out on the bus unravel. It's a deep dive into the Civil Rights Movement and, although the scene is a hard watch, it's beautifully pulled off.

And, obviously, who hasn't cried at just about every single episode of Queer Eye? The must-see moment up for nomination is from season one, in the episode entitled "You Can't Fix Ugly". Tom, a lonely dump-truck driver gets his groove back with the help of the fab five and finds his beauty inside and out. It's truly a moment that will get you lost so deep in your feels.

Killing Eve, the BBC's chilling but weirdly hilarious drama is up for the scene in which Eve finally gets her hands on Villanelle and stabs her. ITV's Corrie is nominated for Gail’s Monologue on the suicide of Aidan Connor. And lastly, Peter Kay's Car Share's finale has been nominated as a must-see moment.

The winner will be revealed during the Virgin Media British Academy Television Awards ceremony on May 12 at the Royal Festival Hall in London.