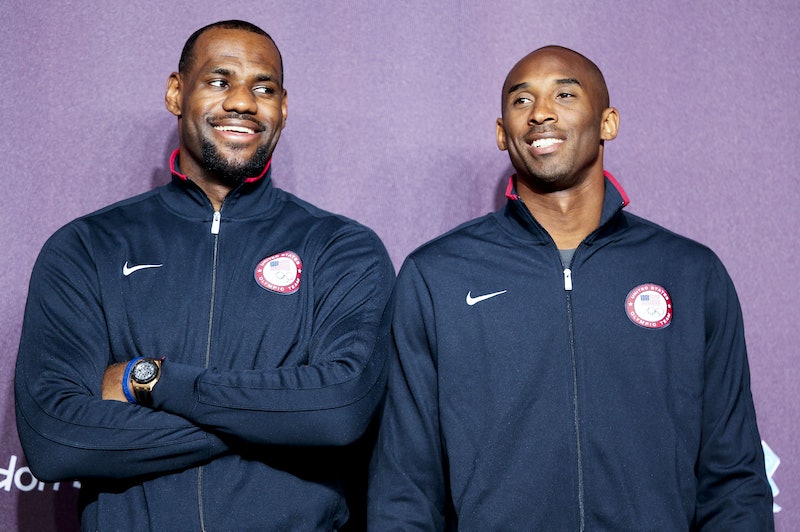 The BBC has apologised after using footage of LeBron James to pay tribute to Kobe Bryant, who died in a helicopter crash on Jan. 26. Highlights from the 41-year-old basketball player's career were aired during the BBC's News at Ten programme but the report featured clips of fellow LA Lakers player James on the court, indicating the channel had mistaken James for Bryant.

In writing about the error, the BBC appeared to give reason for the clip of James being used, stating its connection to Bryant. "Footage of James beating Bryant's career points tally appeared in the BBC's News At Ten programme on Sunday," they wrote before continuing: "But the voiceover did not explain why viewers were seeing James on screen at that stage, rather than Bryant."

However, newsreader Reeta Chakrabarti had already apologised on air for what had happened, saying it was a mistake. "In our coverage of the death of Kobe Bryant, in one section of the report, we mistakenly showed pictures of another basketball player, LeBron James," Chakrabarti said. "We do apologise for the error."

The editor of the news programme, Paul Royall, promptly tweeted a similar apology after the programme aired. "We apologise for this human error which fell below our usual standards on the programme," he wrote.

A number of people took to Twitter soon after the footage was aired to call out what had happened. "They got two big, Black men confused," wrote HuffPost UK reporter Nadine White. Others said the same mistake wouldn't have happened if a white celebrity had passed away, and some simply couldn't believe the wrong footage had been used when, as one viewer pointed out, James' shirt clearly had his name written on the back.

Nine people died in the Californian helicopter crash, per HuffPost. Los Angeles Sheriff Alex Villanueva refused to confirm the identities of the victims until a coroner's report had been issued. However, it has been widely reported, per the Guardian, that Bryant's 13-year-old daughter, Gianna, was among the victims.

Gianna, who hoped to follow her father's career path, was said to be travelling to a young players tournament with the retired LA Lakers star, the New York Times reports. In a statement, National Basketball Association (NBA) Commissioner Adam Silver said the NBA family was "devastated by the tragic passing" of Bryant and his daughter.

“For 20 seasons, Kobe showed us what is possible when remarkable talent blends with an absolute devotion to winning," Silver said. "He was one of the most extraordinary players in the history of our game with accomplishments that are legendary: five NBA championships, an NBA MVP award, 18 NBA All-Star selections, and two Olympic gold medals.

“But he will be remembered most for inspiring people around the world to pick up a basketball and compete to the very best of their ability. He was generous with the wisdom he acquired and saw it as his mission to share it with future generations of players, taking special delight in passing down his love of the game to Gianna."

Bryant is survived by his wife, Vanessa, and the couple's three other children.