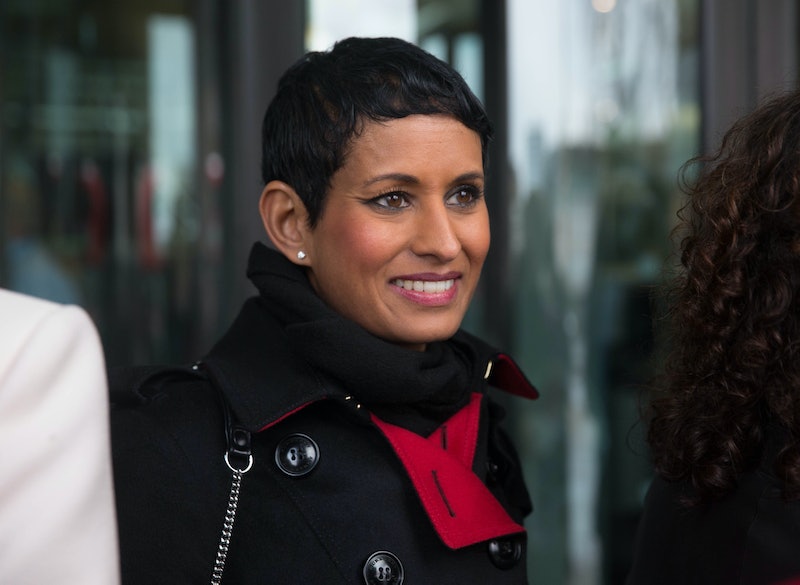 Last week, the BBC partially upheld a complaint against presenter Naga Munchetty for speaking about racism in reference to comments made by Donald Trump. However, after widespread criticism and a re-assessment from the Director General, the network have decided to reverse their decision on Munchetty's comments, leaving many to question why she was being reprimanded in the first place.

In July 2019, President Donald Trump tweeted that congresswomen of colour Alexandria Ocasio-Cortez, Ilhan Omar, Rashida Tlaib, and Ayanna Pressley should “[g]o back to the totally broken and crime-infested places from which they came from. Then come back and show us how it is done,” even though all four are U.S. citizens.

Discussing this incident during the BBC breakfast show on July 17, Munchetty told her co-presenter Dan Walker: “Every time I have been told, as a woman of colour, to go back to where I came from, that was embedded in racism. Now, I’m not accusing anyone of anything here, but you know what certain phrases mean.”

The BBC posted this clip to Twitter, where it went viral.

The BBC then received a complaint from a viewer, which led them to decide that Munchetty had "breached guidelines," as they "do not allow for journalists to give their opinions about the individual making the remarks or their motives for doing so — in this case President Trump."

According to the Guardian, however, the complaint wasn’t just about Munchetty, but also about her co-host Dan Walker, who asked her questions about her experiences with being told to "go home." The BBC have since confirmed that the viewer did reference Walker in their initial complaint, but that "they focused only on Munchetty at the third and final stage of the complaints process," and this is why Munchetty alone was reprimanded.

However, on Sept. 30, the decision was overturned. BBC Director General Tony Hall emailed staff on Monday to say that he had personally reviewed the decision. He wrote: "It was only ever in a limited way that there was found to be a breach of our guidelines. These are often finely balanced and difficult judgments. But, in this instance, I don’t think Naga’s words were sufficient to merit a partial uphold of the complaint around the comments she made."

Writer Afua Hirsh, one of the many media personalities who signed an open letter in support of Munchetty, still thinks the reverse in the BBC’s decision leaves unanswered questions. She tweeted:

“Good to see BBC has reversed its discriminatory decision, but 1. How did this happen in the first place? Full disclosure & accountability 2. Why did BBC mislead public in its response? 3. Why does fear, frustration and differential treatment appear widespread among black staff?”

The support for Munchetty has been overwhelming. According to the Scotsman, "more than 13,000 ... signed a petition seeking to overturn the BBC's ruling." In addition, #IStandWithNaga began trending on Twitter, opening up conversations on how women of colour working within the media are treated and what repercussions can look like for those who speak out against racism.

More like this
'The Capture' Is Finally Back – & S2 Looks Tense AF
By Sophie McEvoy and El Hunt
Gassed Up Promises All Things Action, Risk, & Redemption
By Frances Stewart
What The Lionesses’ Win Really Means For The Future Of Football
By Angelina Kelly
The Lionesses Are Calling For Equal Access To Football In Schools
By Sophie McEvoy
Get The Very Best Of Bustle/UK