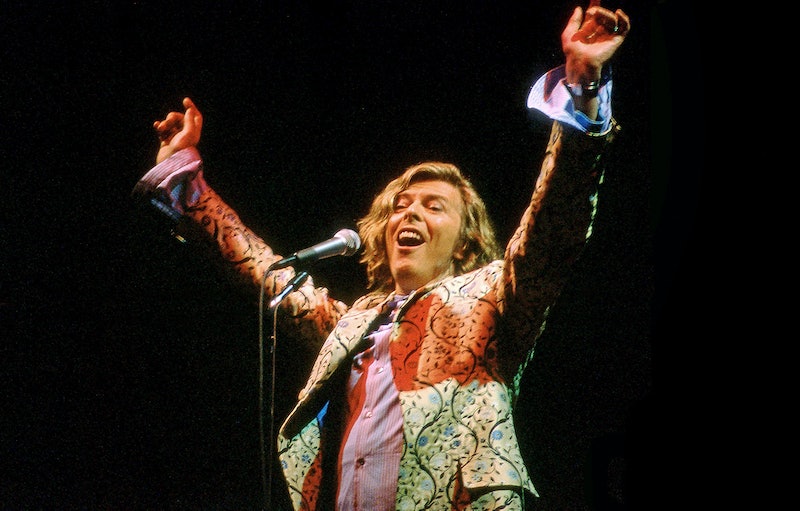 Every year, over one hundred thousand people descend on Worthy Farm in Somerset for Glastonbury festival. It's one of (if not the) biggest musical calendar dates of the year, and has hosted some of the most iconic stars in the biz. Unsurprisingly, the 2020 festival (which featured headliners including Taylor Swift, Kendrick Lamar, and Sir Paul McCartney) has been cancelled due to coronavirus. However, it's just been announced that in its place the BBC will be broadcasting some of Glastonbury's most memorable performances.

Where and when will the performances be shown?

The four-day extravaganza will be available across a number of different BBC platforms. At the centre will be three 90-minute programmes on BBC Two, broadcast on Friday 26, Saturday 27, and Sunday 28 June. There will then also be a number of memorable acoustic performances shown on BBC Four over the weekend.

Which performances will be shown?

If you're hoping to take a trip down memory lane and experience some of the festival's biggest and best sets, you're in luck. Below are just some of the performances being broadcast across BBC platforms.

Who will be hosting the coverage?

Broadcasting and radio legends Clara Amfo, Edith Bowman, Jo Whiley, Lauren Laverne, and Mark Radcliffe, among others, will all be hosting the BBC programming.

On June 26, Glastonbury's co-organiser Emily Eavis will speak to Lauren Laverne on her BBC 6 Music show.

Speaking about the BBC coverage, Eavis said: "There are so many memorable sets being played across the BBC over what would have been our 50th anniversary weekend. Personally, I'm looking forward to a weekend of reflecting on the history of our festival and going back to some classic performances."

She added: "Me and my dad will definitely be watching!"

That makes three of us.