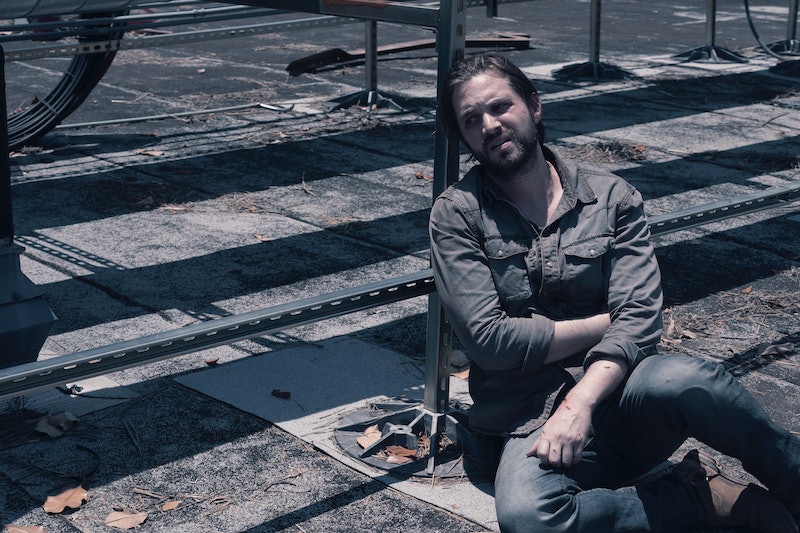 Taking this even further — since the survivors are headed towards the Alexandria Safe-Zone, will Jimbo's Beerbos (yup, that's what they're calling it) make it to The Walking Dead? That would be a thoroughly charming and refreshing way for the two shows to crossover. Sure, it's more important that Morgan gets to see Rick again, but how cool would it be if they actually managed to brew and distribute the stuff during the zombie apocalypse? Imagine Strand and Daryl drinking the same beer, on separate corners of the barren world. It would add to the Walking Dead legend in a new way.

Brewing actually fits well in the theme for The Walking Dead as it heads in to Season 9. The Virginian survivors are all about re-building society and building a community that is forward-thinking rather than constantly fighting a war. As Jim frequently said in his five episode arc on Fear, "History is built on beer" and his skills are needed for those who want the world to come together again. That kind of sounds like what Rick Grimes is building at Alexandria. Jim may never make it there, but his brews probably will.

"Jim, he’s someone who has been somewhat sheltered from the apocalypse," said Fear co-showrunner Ian Goldberg in an interview with Entertainment Weekly back in August, when the character was introduced. "He’s holed up in his brewery, and he has a very clear drive of what he wants to do. He believes that beer is key to bringing people back to civilization, and he’s got that speech where he tells Morgan of all the historical reasons for that."

It seems silly to place such importance on a beer recipe, of all things, during the apocalypse. However, if the villainous Martha went so far as to write the secret recipe on his face in Sharpie, it's probably important! What if someone steals the recipe off of his walker visage? That would ruin the Alexandria-bound enterprise for sure.

Since Martha also seems hell bent on finding Morgan's group and attacking them, this may be more of a beer pipe dream. They're still a long way from setting up shop and actually making the stuff. There's also no way that all of these characters are going to make it to Alexandria, unless Fear The Walking Dead is planning to dissolve — or rather ferment — right into the original series. So it'll be interesting to see how all aspects of this endeavor turn out.

There are many ways to preserve modern society in a dystopia or apocalypse. In Fahrenheit 451, a group of rebels memorized classic literature. Bradley Whitford's character in The Handmaid's Tale used his clout to fill his house with modern art as the country collapsed around him. So what if the thing The Walking Dead has preserved is craft brewing?

More like this
Every Horror Movie Reference In The 'PLL: Original Sin' Premiere
By Alyssa Lapid
Where Is The Original 'Pretty Little Liars' Cast Now? Lucy Hale & Others Support The HBO Max Spin-Off
By Alyssa Lapid
Does 'Locke & Key’s Ending Mean There Could Be A Season 4?
By Sophia Moore
'The Sandman’s Ending Is A Departure From Neil Gaiman’s Comic Book Series
By Kadin Burnett
Get Even More From Bustle — Sign Up For The Newsletter