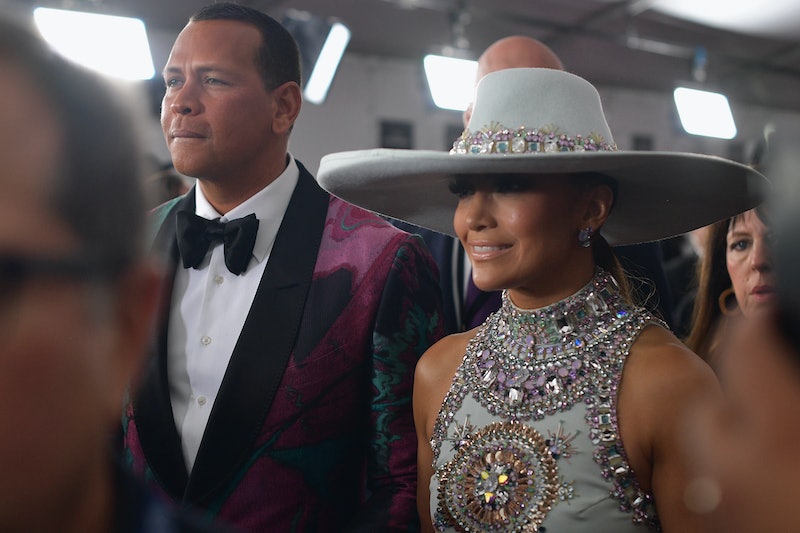 Once a year, the eyes and ears of music fans and music industry types turn to the Staples Center in Los Angeles for the Grammy Awards, which celebrate the best in the year in music. Luckily, even if you were unable to watch the ceremony live or just didn't want to sit through the whole thing, you still have the opportunity to follow along with the ceremony, thanks to the best 2019 Grammys memes & tweets. These jokes cover everything from the red carpet to the musical performances to the awards themselves, providing a witty play-by-play of the moments worth remembering from this year's ceremony.

The 2019 Grammys are possibly better defined by which artists aren't performing than it is defined by those who are, with nominees Kendrick Lamar, Donald Glover, and Drake reportedly turning down performance opportunities according to Pitchfork, and Ariana Grande dropping out of the ceremony just a few days before. However, while plenty of musicians decided to sit out the event, the celebrities that did attend the Grammys provided plenty of entertainment throughout the evening, of both the intentional and unintentional varieties.

Luckily, you won't have to dig through your DVR to relive the night's most hilarious, surprising, or shocking moments thanks to the memes and tweets that were inspired by the evening's events.

Ariana's Always Been A Winner

Ariana Grande won her first Grammy during the 2019 ceremony, but she's been a winner all her life.

J. Lo's Was Overshadowed By Her Own Hat

A big hat invites some big comparisons to some of the most famous hat-wearing cartoon characters of all time.

Young Thug came onstage to perform his verse from "Havana" with Camila Cabello, but fans noticed his stage energy wasn't as strong as his co-performer.

While there are big awards up for grabs at the Grammys, there's no greater accolade than the show-stopping standing ovation that Michelle Obama received during her surprise appearance at the top of the evening.

"This Is America" won several trophies, including Record of the Year, but Childish Gambino was nowhere to be found, leading to an awkward few moments where the producers clearly expected an acceptance speech from someone.

Dolly Parton and her famous friends brought the house down, but no one seemed to appreciate the American legend more than Korean boy band BTS.

During a Grammys commercial break, a spot for the upcoming live action remake of Aladdin gave audiences an in-depth look at Will Smith's performance as the Genie, and reactions were strong.

Alicia Keys used the halfway point of the Grammys to treat the audience to a medley of her favorite songs while she played two pianos at once, making a case for why she should host the Grammys every year as long as the Grammys exist.

Drake pays tribute to the greats in both his music and his fashion choices.

"Nice For What" To The Recording Academy

Drake made a surprise appearance at the Grammys to accept the award for Best Rap Song for "God's Plan" and informed the audience that, in the end, awards like the Grammys aren't what matter most in the world. Unsurprisingly, the producers of the Grammys cut him short.

For her 75th birthday, the Grammys gave Diana Ross the opportunity to perform a tribute to herself, and she made the absolute most of it.

Ally Goes All Out

Lady Gaga's performance of "Shallow" was unsurprisingly eccentric, but her glares to the camera left some audience members unsettled.

While the world might be better off without a Nicki Minaj and Cardi B feud, Grammy viewers on Twitter pointed out that Cardi winning a Grammy before Nicki Minaj may stoke the fire of their feud.

The Grammys ceremony started at 8:00 p.m. ET, and didn't end until nearly almost 11:45 p.m. The ceremony may have felt like a slog at times, but there's no denying that the show succeeded in producing memorable moments that music fans will be talking about until the 2020 Grammys.