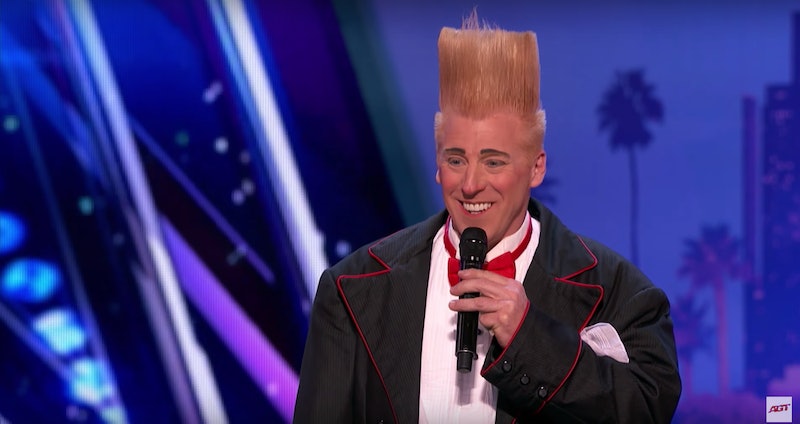 Britain's Got Talent: The Champions will welcome back some of the most memorable BGT acts as they compete to be named the show's first ever all-star winner. The cast of the series is set to include major names from the show's history including Paul Potts, Connie Talbot, Stavros Flatley, and more — but father and daughter act, Bello and Annaliese Nock, have really caught the attention of fans. The daredevil act previously appeared on the U.S. version of the hit show, and if you're unfamiliar with the pair, I've listed the very best Bello and Annaliese videos for your viewing pleasure. You can thank me later.

According to The Sun, the Stateside act originally auditioned separately for America's Got Talent in both 2017 and 2018. The newspaper reports that Annaliese is a sixth generation circus performer, so the family have some serious credentials. The Nock's will now join forces to appear in our very own BGT spin-off, and their daring stunts are sure to wow audiences on this side of the pond. Throughout their time on the U.S. version of the hit talent show, the Nock's took on various jaw-dropping stunts, including being shot out of a cannon and being locked in an explosive coffin (yes, seriously). So, before their Britain's Got Talent: The Champions debut, please take a minute to enjoy the father and daughter act's most shocking performances so far — you won't be disappointed.