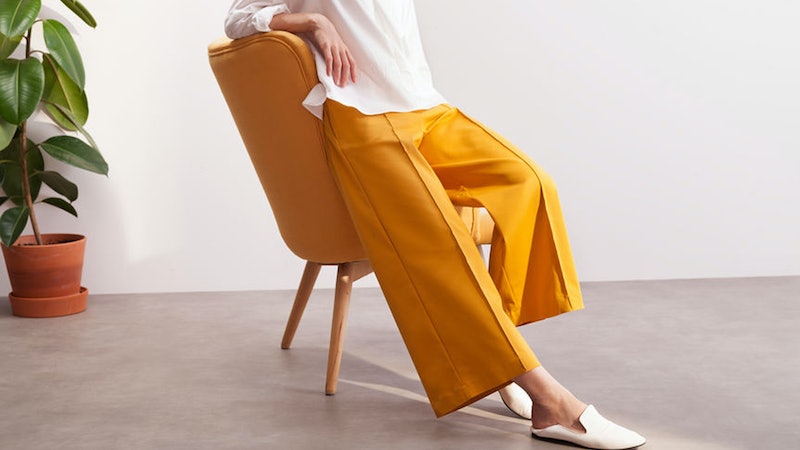 Have you ever thought about the history of what you wear? Many may know the origins of denim and the story of how women came to wear trousers, but what about some of the weirder styles out there? Like culottes, for example. The wide-legged cropped trousers are back again this season, reviving the discussion of how the item came into existence. With their feminist history, it's no wonder the high street is full of culottes to wear this spring.

According to The Costume Society, culottes were first donned in the 1500s by aristocratic men in France. Women didn't get their turn in the freeing look until the Victorian era when certain females wanted to comfortably ride horses and cycle. Early women's culottes, however, looked like a long skirt to any outside eyes.

It wasn't until the 1930s that culottes that looked like trousers were introduced into society. Famed designer Elsa Schiaparelli's culottes "caused much controversy" on the streets of London and were "loudly condemned by the British press," writes Dilys Blum in her 2003 book, Shocking! The Art and Fashion of Elsa Schiaparelli.

A revolutionary design for women at the time, culottes are seeing a resurgence in 2019. Global fashion search platform Lyst recently saw a 41 percent increase in searches for the item. The company noted its users favoured Gucci culottes, but you don't have to spend an absolute fortune to get on board with the trend.

Here are a few liberating looks straight from the high street.