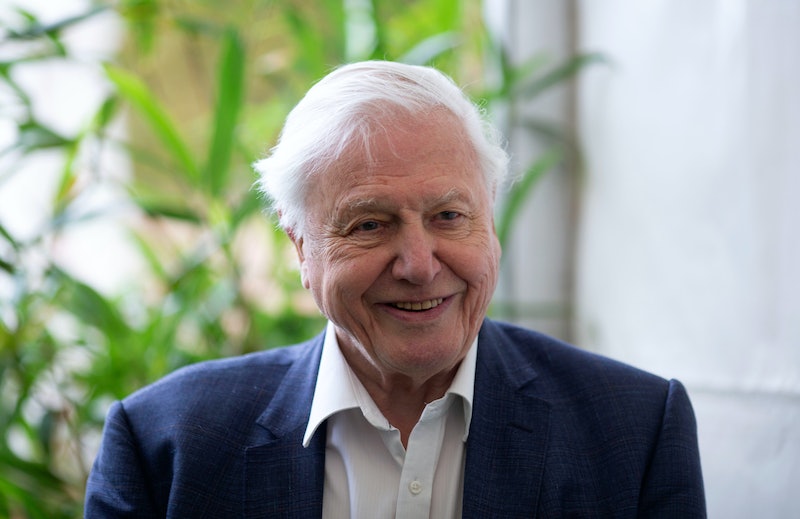 In the era of Brexit and divisive politics, one thing the nation can agree on is the legendary Sir David Attenborough. People of all generations have experienced the wisdom and breathtaking wildlife footage brought forward by the iconic presenter, both of which have been featured in a string of top-notch nature documentaries. In fact, Attenborough has gifted audiences with so much amazing content that it might be difficult to single out his very best moments. So, if you're having trouble doing so, look no further, because I've listed the best David Attenborough TV moments to jog your memory.

The 92 year-old's latest release, Our Planet, proves that the veteran TV presenter is showing no signs of slowing down. The eight-part documentary series debuted on Netflix in early April, and wowed audiences with yet more incredible scenes. It was guided by Attenborough's world famous narration — which has been enjoyed by audiences throughout his impressive career. Throughout the years, Attenborough has played with a family of gorillas, bumped into a group of cannibals in the jungle, got up close and personal with an adorable baby rhino, captured some of the world's rarest animals on camera, and perhaps most importantly, brought worldwide attention to the increasing threat of climate change. And here are just some of his best television moments.