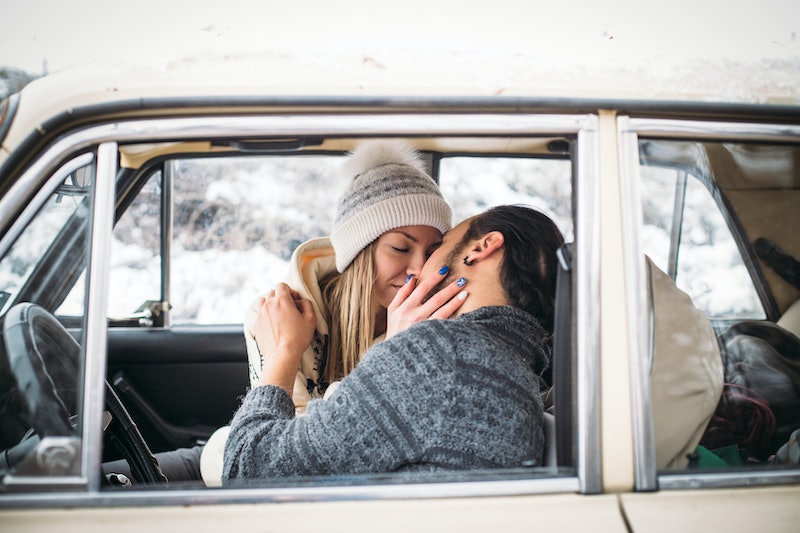 Whether you're doing it out of necessity or checking off a sexual fantasy, hooking up in a vehicle is super common. In fact, a recent study by online driver's education resource, Driving-Tests.org, found that nearly 85 percent of people say they've had sex in a car. Clearly, it's a must-do for most people.

"What makes car sex 'hot' is that it's a novel location, especially if you are in a long-term relationship," Myisha Battle, Certified Sex Coach tells Bustle. "In general, novelty is hot. Mixing things up is sexy and a change of venue can be really powerful for injecting some spark into an otherwise predictable sex life."

If you've had sex in a car, you're probably well aware that it isn't always as sexy as movies make it out to be. Unless you're doing it in a minivan or a an SUV, chances are the space you're working with is super limited. Unfortunately, compact sedans weren't exactly made to have two grown adults going at it in the backseat. That's why Driving-Tests.org surveyed over 1,000 adults to break down just how people are making car sex work.

So the type of sex act you do obviously makes a difference. But that's not all. According to the study, if you want to have good car sex, these are some things to keep in mind: