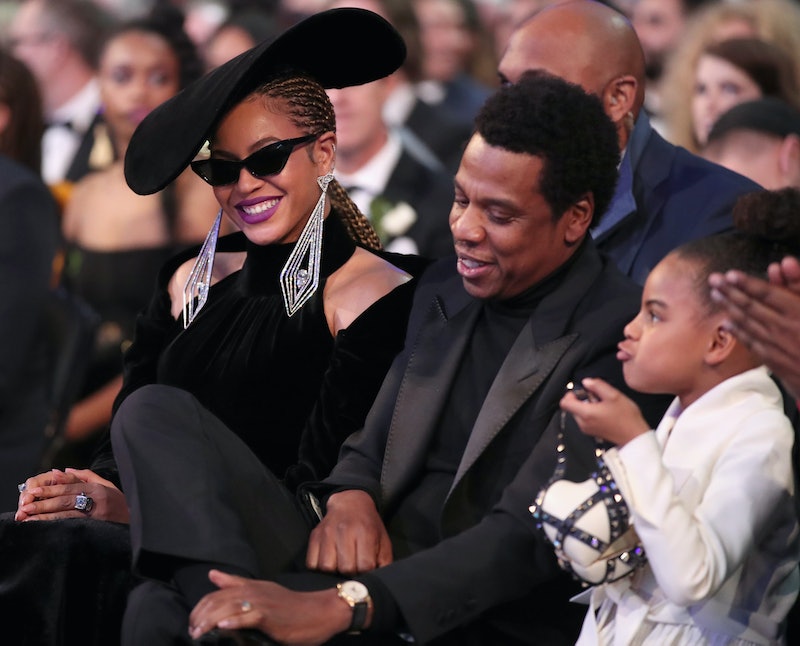 The Saturday night before the 2018 Grammys, a woman was walking through the Sheraton New York Times Square hotel and bumped into one of the most famous celebrity couples ever — Beyoncé and JAY-Z. Now, she is recognized as the woman who photobombed Beyoncé and JAY-Z thanks to Queen Bey posting an Instagram of the woman (her name is Susan Monaghan) photobombing her and her husband. The particular photo made headlines and Monaghan became somewhat famous in the process. She is now, thankfully, telling her story of what it was like to have a run-in with the high-profile couple.

In an interview with The Boston Globe published Wednesday, Monaghan says, "I swear, I felt like I was hugged by an angel." This is probably how any fan of Beyoncé would feel in the singer's presence. Hello, it's Beyoncé. She's basically an angel to many of her supporters. Monaghan, who is also the luckiest woman alive, just happened to be at the right place at the right time. She told the New England publication that she was on her way back to her room, got off the elevator, and quickly ran into a bunch of security guards and photographers.

Monaghan said she stepped to the side, but it took her a bit to understand what was happening. It wasn't until she saw JAY-Z, who she described as "handsome", that she realized something major was going on. She said she thought to herself about the rapper, "I’m thinking in my mind, 'Who is this?' And I looked at him and he looked tall, and thin, and had curly hair, and was really good-looking."

It might be hard for fans of both JAY-Z and Beyoncé to understand how someone might not recognize either of them immediately, but, hey, it can happen. But, for Monaghan, it was when she saw Queen Bey that everything clicked. As she told The Boston Globe, "I was like 'Oh, my God!' I looked at her and all I could think was, 'No one is going to believe me. No one is going to believe me.'" This is when the shocked expression came over her face. She was so caught off guard that her mouth literally dropped open. Regarding the image of her, Monaghan said, "I think it’s hysterical. Strange things happen to me."

According to Monaghan, she even said out loud, "No one is going to believe me", which apparently got the attention of Beyoncé. Monaghan said the Lemonade artist smiled at her and said, "Don’t worry, it’s going to be OK." Monaghan described the entire experience as "so calming and so surreal". Only a fan interaction with Beyoncé could be described as both "calming" and "surreal". She just has that affect on people.

Like any person who would freak out about seeing Beyoncé and JAY-Z, Monaghan eventually ran down to the hotel lobby to inform her daughter and granddaughter about what happened. Of course, they didn't believe her, but when the photo made its way across the internet, they finally realized that she was actually telling the truth. Anyone can say they saw Beyoncé, but Monaghan had photographic evidence all thanks to the queen herself. Just think, if she didn't, then she might've never been believed — or famous.

So, why did Beyoncé include the picture of Monaghan in the series of photos she shared on Instagram? Granted, the image is hilarious, but why post a picture featuring a random woman with an unforgettable facial expression? Well, Monaghan has a thought: "I think she posted it for me. So people would believe me." Well, whatever Bey's reasoning, Susan, everyone now believes you.