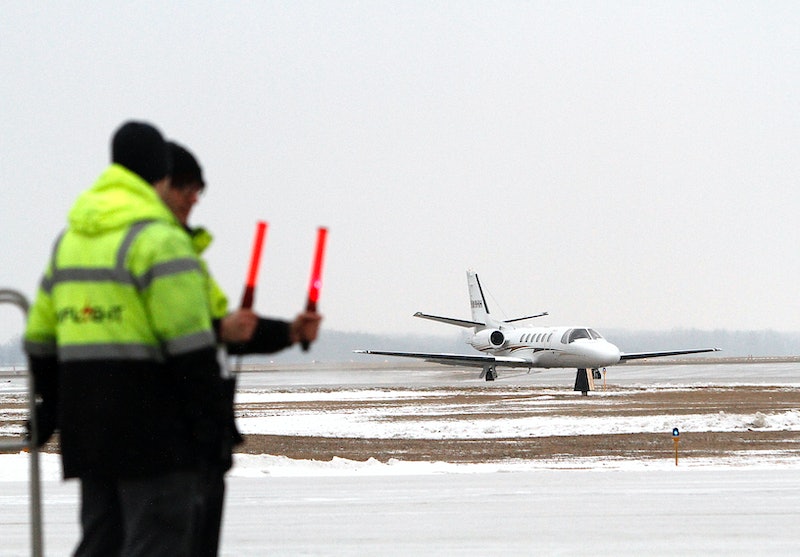 According to news reports Wednesday, a stabbing at Bishop International Airport in Flint, Michigan is being investigated as a potential act of terrorism by the FBI. The incident occurred on Wednesday morning, when an assailant stabbed a Michigan state police officer, Lieutenant Jeff Neville, in the neck. Neville was reportedly hospitalized in critical condition, but was recently upgraded to stable.

According to the Associated Press, the reason for the terrorism focus is that the alleged stabber reportedly said "Allahu Akbar" during the attack, which is Arabic for "God is great." In other words, the triggering incident here seems to have been the potential that the airport stabbing was an act of Islamist extremist violence.

The AP also reports that this information comes from a "senior law enforcement official" speaking on condition of anonymity. To be clear, it is in no way yet confirmed that this incident was an act of terrorism, only that the authorities are reportedly investigating whether or not it was. Nor, it should be said, is terrorism a word that should only apply to incidents of violence committed by extremist Muslims, even though that's increasingly been how the term has been utilized by the mass media over the past several years.

The suspect in the case is reportedly Canadian-born. Michigan shares a border with Canada, with the Bishop International Airport sitting about a 70-mile drive from Ontario. So far, there's been no concrete information released about precisely how the attack took place, but it's clear that the authorities are honing in on extremist religious ideology as a potential culprit.

It's always important to remember that early reports in the aftermath of violent incidents can be unreliable and subject to change, owing to the stresses and chaos of responding to an unexpected, dangerous event, and the impulse to quickly politicize. As such, it's important to exercise restraint and good judgment when following such stories, and not jump to hasty conclusions.

According to CNN, the FBI has said it believes the attack to have been an "isolated incident," and the stabbing took place on the public side of the airport's terminal.

Fortunately, outside of the wounded police officer, there have been no reports of injuries or fatalities, with all passengers and members of the public reportedly safe and sound. Assuming Neville recovers fully ― and again, he is reportedly now in stable condition, recovering at a hospital ― then whether this was indeed an act of terrorism or not, it will at the very least have not claimed a life.