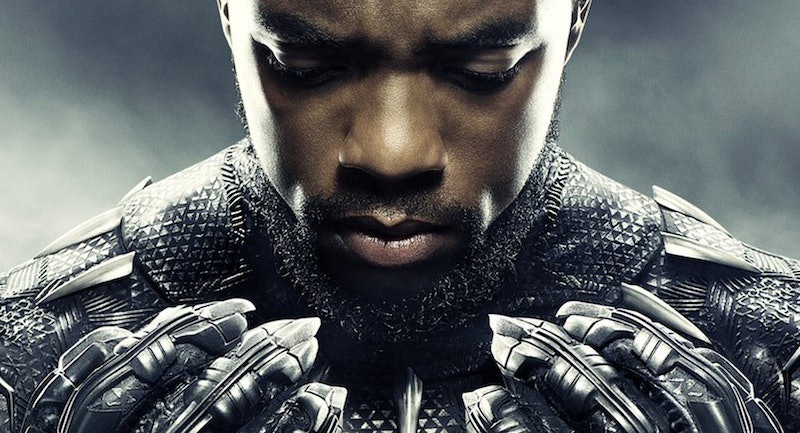 It over 10 years and 18 movies to bring all the corners of the Marvel worlds together for Avengers: Infinity War. Fortunately they saved the best for last; at #18 in the MCU, Black Panther was so popular it nearly overshadowed the big battle against Thanos, and blew up the box office to become one of the highest-grossing movies of all time. Marvel's confirmed the MCU will keep rolling out through 2022, but does Black Panther 2 have a release date officially?

Marvel has rolled out the universe in phases; currently we're at the tail end of Phase 3, with (spoiler alert) Thanos' power complete and his promise of destruction made good. There are some more movies coming out soon that'll fill in the patches of the timeline —Captain Marvel is a '90s flashback, and Ant Man and the Wasp reportedly hits the gap between Civil War and Infinity War. So where does Phase 4 begin, and where does Black Panther 2 slot in?

Unfortunately the only thing Marvel has confirmed is that there will be a Black Panther sequel, but the studio likely won't reveal the exact release date until after the release of Avengers 4, currently slated for May 3, 2019.

In a shock to fans, Marvel actually skipped the 2017 San Diego Comic Con, normally the studio's main platform for major announcements about the coming year's roll-out. But because the only major announcement was that Marvel is keeping Phase 4 under wraps until after Avengers 4, there was nothing really to announce. The gap has had fans scrambling to fill the void, and fortunately MCU mastermind Kevin Feige has been pretty vocal about what he wants for a Black Panther sequel.

In an interview with Entertainment Weekly, Feige basked in the positive reception fans had towards the world of Wakanda, and said the choice to have it be a main location in Infinity War was part of Marvel Studios going "all in on stuff we believe in, before the audience tells us what they think." Going on to discuss the future of the MCU after Thanos' rampage, Feige wouldn't confirm but strongly hinted to EW that Wakanda may be a prime future film location. "Anchor point is a good way of [describing Wakanda], particularly as some of our other anchor points, Asgard for instance, are gone," said Feige.

Feige is clearly thinking ahead, as he revealed to Collider that Black Panther 2's release date hinges strongly on the availability of director Ryan Coogler. Said the producer, "We definitely want Ryan to come back and that’s actively being worked out right now. When will it be? A lot of it will be when Ryan wants to and not rushing anything, but I think we have an idea of when it will be."

Currently, Marvel has a release planned each year through 2022, with a wildcard of a February 18, 2022 release. Since February just happens to be Black History Month, and the first Black Panther was released on Feb. 16, 2018, could this be the unofficial date Marvel's set aside for what's become their biggest franchise to date?

Given what Feige said about Coogler, it may be what the studio has in mind, but if the director can't make that date, it's extremely likely Marvel would pick a different date rather than lose their most-wanted filmmaker. Currently the only thing Coogler has officially lined up is a 2018 release called Wrong Answer, starring Michael B. Jordan and co-written by Ta-Nehisi Coates. Coates previously wrote a story arc for the Black Panther comics, though whether the two ever talked about the future of the series is unknown. The only thing that's sure right now is that, with over 20 movies planned for the future, the MCU's definitely going to make sure we hear "WAKANDA FOREVER!" at least once more.