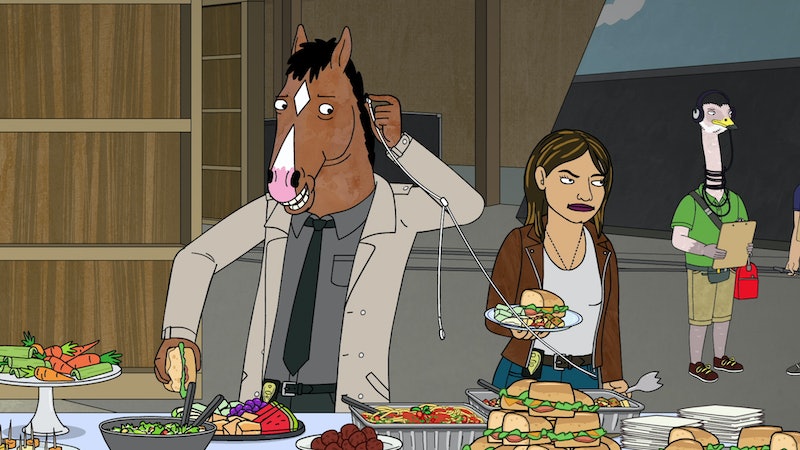 BoJack Horseman is a show about the entertainment industry, so it makes sense that the show's supporting cast is brought to life by some of film and television's most recognizable voices. Season 5's focus on BoJack's new gritty crime drama Philbert introduce a variety of new cast members to the show, allowing audiences to play a fun game of "Whose Voice Is That? Is That Their Voice?? Let's Find Out!" as they watch the continued self-destruction of television's saddest horse. The guest stars of BoJack Horseman Season 5 are more varied than ever, and feature some popular television stars taking on major season-long roles, and the return of arguably the most popular BoJack Horseman celebrity cameo of all time.

While most guests stars on sitcoms would be unable to stick around to an entire season of a show due to other television or film roles, the fact that BoJack guest stars don't have to appear on set for filming means that the show can feature notable acts that already have a regular television gig. This explains how performers like Brooklyn Nine-Nine's Stephanie Beatriz and Mr. Robot's Rami Malek are able to perform roles that are given a full season-long arc, and showcase the dramatic and comedic chops that may not be associated with the performer's most recognizable roles. Here's who you'll hear in BoJack Horseman Season 5, besides the returning main cast. Spoilers ahead.

More like this
'Stranger Things' Season 5 Will Echo Season 1 In A Key Way, The Duffer Brothers Confirm
By Kadin Burnett and Sophie McEvoy
‘Squid Game’ Creator Hwang Dong-Hyuk Just Dropped A Major Season 2 Tease
By Brian Anthony Hernandez and Bustle Editors
What's New On Netflix: A Third '365 Days' Movie & Lili Reinhart’s New Film
By Arya Roshanian
Reese Witherspoon Got Hooked On ‘Never Have I Ever’ After Son Deacon’s Debut
By Stephanie Topacio Long
Get Even More From Bustle — Sign Up For The Newsletter