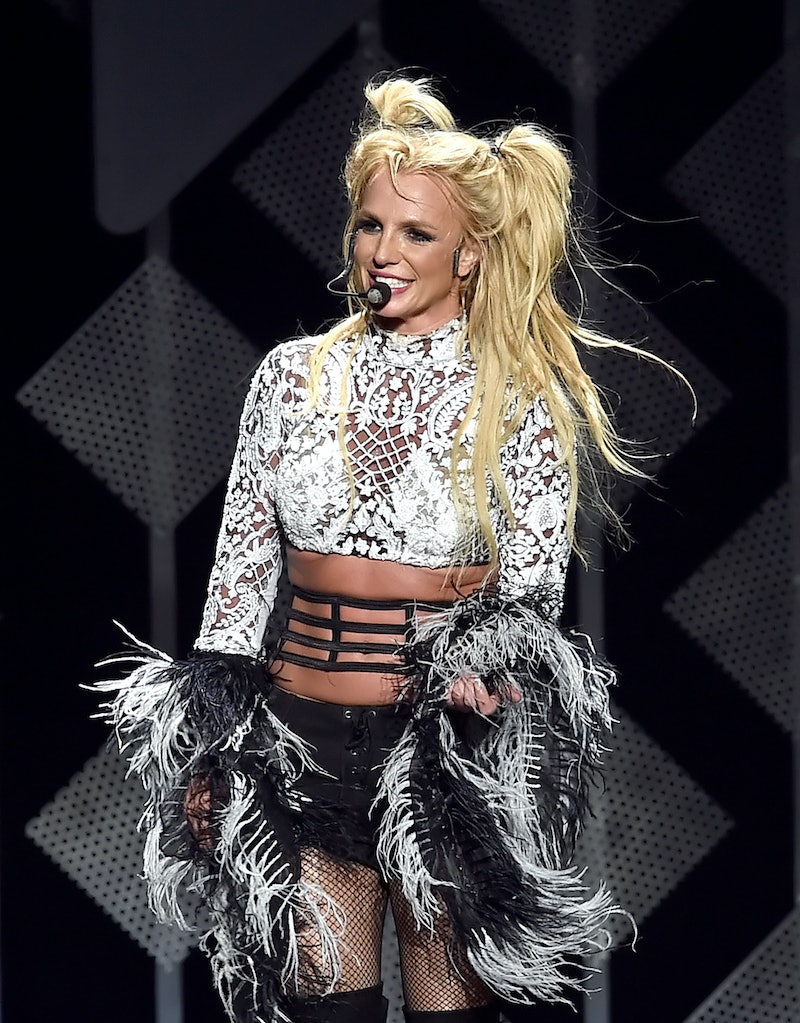 What is the Britney Ever After preview's version of "going there," you wonder? Taking the audience back to the year 2007, that is what. In the 30-second clip, Natasha Bassett’s Spears shaves her head, swings an umbrella at a paparazzo’s SUV, and says everything is “kind of this blur” until “you hit rock bottom.” Aaaaand cue all of the chills. It looks like were are in for another doozy of a Lifetime production. I don't know about you, but I'm not so sure I'm ready to watch dramatic re-enactments of those moments. (OK, fine. You caught me: I am ready. But only barely.)

The “Oops!… I Did It Again” icon’s life has been a well-documented, oft-discussed roller coaster ride; whether or not you regularly thumb through the gossip rags, you know Spears has been through the ringer and then some. If the rest of the movie is anything like the preview, Britney Ever After will be a roller coaster ride of a Lifetime original. I hope this unauthorized movie does right by her.

“I want to be strong for my fans,” Bassett-as-Spears says in the trailer's voiceover. “They’re what keeps me going.” And you’re what keeps us going, Godney.

You can watch the trailer below.

Britney Ever After debuts Feb. 18 on Lifetime.

More like this
You Might Want To Rewatch 'Elvis' For This Britney Spears Easter Egg
By Grace Wehniainen
“The Door Is Always Open” For Another 'Breaking Bad' Spin-Off, Says AMC Boss
By El Hunt
Michael Owen Has Shared His Thoughts On Luca & Gemma
By Bustle UK
Tamra Judge & Vicki Gunvalson Gave A Hopeful “Tres Amigas” Update
By Brad Witter
Get Even More From Bustle — Sign Up For The Newsletter