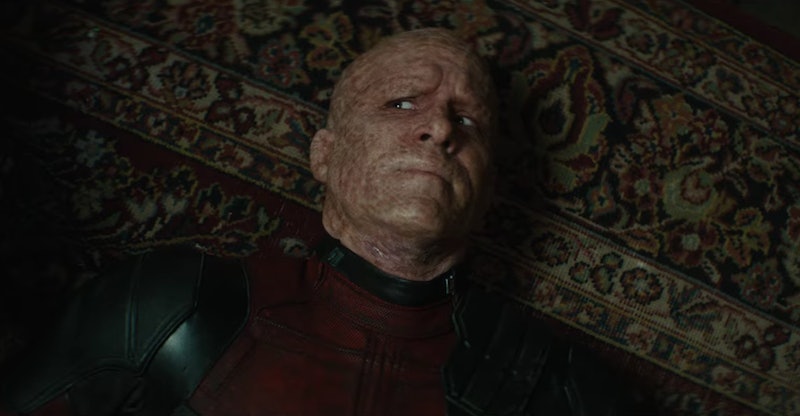 Like Deadpool before it, Deadpool 2 is full of self-referential jokes and winks to the audience, making fun of comic books, the Hollywood studio system, and even the filmmakers themselves. But this time around, the jokes pack a new punch thanks to the cameos in Deadpool 2, which not only add to jokes, but also help expand the franchise's world beyond the limits originally placed on Deadpool.

Despite originating the role of Wade Wilson in X-Men Origins: Wolverine, Ryan Reynolds' current Deadpool is very different from the hero who premiered in the Wolverine X-Men spinoff movie. In fact, the entire Deadpool franchise began with few ties to the X-Men universe. No Wolverine cameos or Professor X visits were written into the first film, and it was widely known that 20th Century Fox didn't want an R-rated superhero movie to potentially taint their already established X-Men franchise. After Deadpool proved itself a box-office hit, fans hoped that Deadpool 2 would be full of fun X-Men cameos (especially in the lead up to the highly anticipated X-Men: Dark Phoenix movie, as well as The New Mutants). And while the cameos in Deadpool 2 are mostly X-Men free, there are a few that will make fans of the mutant saga very, very happy. Minor spoilers ahead!

Is Deadpool in the X-Men universe? It's a question that has plagued the franchise for years, and while Deadpool 2 doesn't really give a concrete answer, it does open the door for future Deadpool-X-Men crossovers. After being taken to the X-Mansion to recover from blowing himself to pieces, Deadpool rides around in Professor X's wheelchair, lamenting the studio for refusing to let Deadpool 2 feature some of its more popular characters, instead of "Negasonic Teen- longest name ever." As he complains, he passes a room full of X-Men, including Beast, Quicksilver, and Cyclops (from the most recent X-Men film, X-Men: Apocalypse). They stop and stare at Deadpool's ranting for a moment before Beast quietly shuts the door.

What do Brad Pitt and Deadpool have in common? Absolutely nothing, except for the fact that they're both in Deadpool 2. Pitt makes a truly electrifying cameo in the movie. Literally, audiences only see his face as his character, the Vanisher, is electrocuted.

Star Wars alum Alan Tudyk makes a brief appearance in Deadpool 2 as a redneck who is just sitting on a truck bed, drinking with his buddy when Cable walks up after time traveling into the year 2018 to chase down Russell, a teenage mutant. Tudyk barely gets a word out before he's taken down by the villainous Cable, and reporting from Radio Times has revealed that the other redneck in the scene is played by another famous actor or person wearing prosthetics. He is credited as "Dickie Greenleaf," according to the website, and has yet to be identified. However, considering the fact that Tudyk co-starred with Deadpool 2 star Morena Baccarin in Firefly, my guess is for either Joss Whedon or Nathan Fillion.

Despite all his talk of not appearing in Deadpool 2, Hugh Jackman does make a surprise cameo in the film — sort of. The Deadpool 2 post-credits sequence features Deadpool crashing Wade Wilson's final showdown with Wolverine from X-Men Origins: Wolverine. It's not exactly a new cameo as it doesn't appear that Jackman filmed anything specifically for the film, but it's enough to satisfy some grumpy fans, at least for now.

It wouldn't be a Deadpool movie without at least one brutal dig at Reynolds' other, less successful superhero movie, Green Lantern. This time around, the Green Lantern gag features Ryan Reynolds as his past self. In the Deadpool 2 post-credits scene, Deadpool travels back in time to right some wrongs, like killing the Wade Wilson in Wolverine (see above) to clean up the timeline and shooting poor past Reynolds in the head to keep him from doing Green Lantern. (As someone who has seen both Green Lantern and Deadpool...good call.)

UPDATE: In a tweet, Reynolds noted that there was one other cameo in the movie, which Fandango has confirmed to be Matt Damon. Yup, the actor was the other person in the scene with Alan Tudyk.

Maybe next time Deadpool can do a cameo in an X-Men movie? Just a thought.