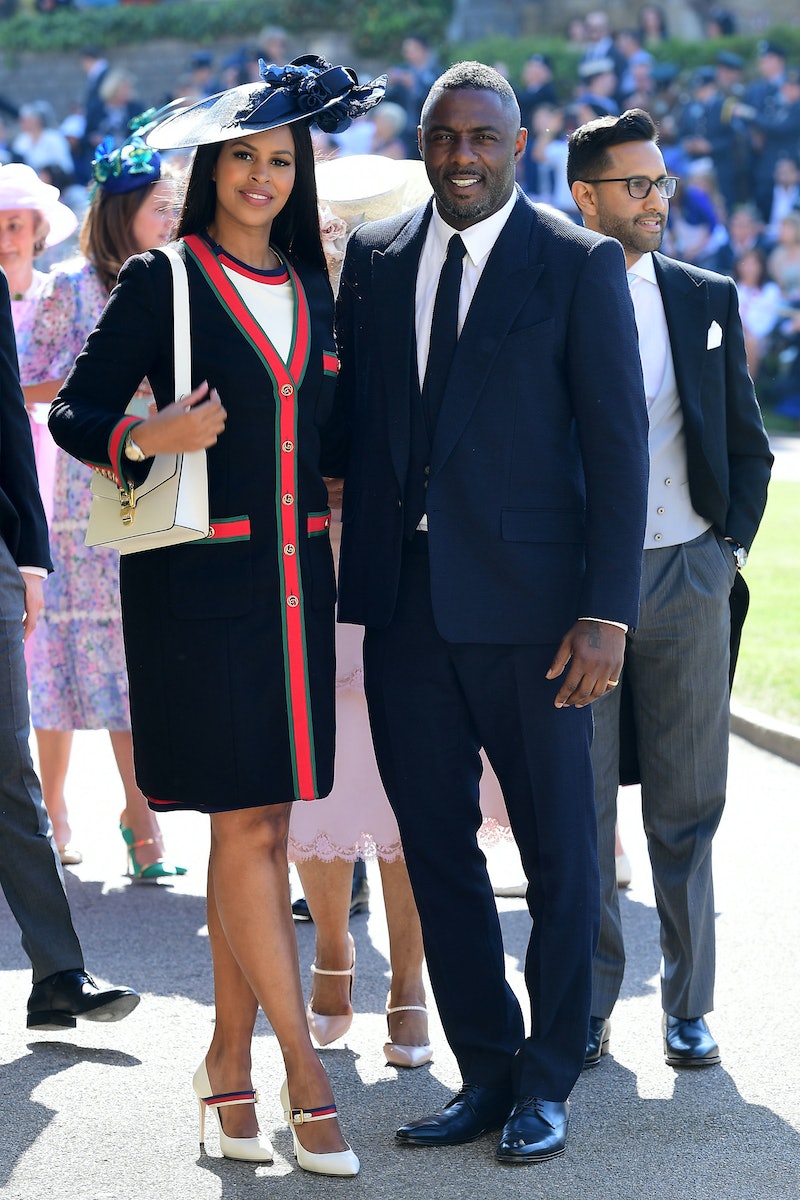 Royal weddings only come so many times a decade, and it's not often at all that Hollywood glamour gets to mix with regal formality. You won't need a royal family cheat sheet to recognize all the faces at Saturday's highly-anticipated nuptials. While not too many stars of stage and screen scored invites, the celebs at Meghan and Harry's royal wedding all managed to bring a fun international twist to the affair.

As seen in the broadcast of the event on Saturday, stars including Idris Elba, Oprah Winfrey, and many of Meghan Markle's former Suits castmates all showed up for the big day. And according to The Sun, some of the other stars in attendance at the wedding include Priyanka Chopra, Elton John, Victoria Beckham, Serena Williams, and teen cellist/Britain's Got Talent star Sheku Kanneh-Mason. That's not to mention some of Harry's exes, including Chelsy Davy and Cressida Bonas, who are said to likely be attending the wedding per British royal tradition.

Although the celebrity guests at Harry and Meghan's big day all came from different backgrounds, they shared one essential: hats. You gotta respect that dress code, and the below stars thankfully all did.

An early contender for best hat is Oprah Winfrey. Have you ever seen anyone rock a blush peach more magnificently? Followup, are you surprised?

Sorry that you know have "You're Beautiful" stuck in your head, because James Blunt has arrived. Before his music career, he was in the military and guarded the queen mother's coffin.

Looking like actual sunshine, the power couple arrived at the perfect time.

The actor and her musician partner made an appearance.

The British supercouple showed up, of course. Fellow Spice Girl Emma Bunton, who posted a picture of herself in a fascinator on Instagram, was unfortunately not there.

The late night host seemed thrilled to be in attendance.

Markle's Suits castmate and the former Pretty Little Liars star documented their trip to England for the big day.

The actor's friendship with Prince Harry actually goes way back. Also, as fans of his films may be pleased to see, his face isn't obscured!

The sports superstar and friend of Markle's brought husband Alexis Ohanian as her date.

Markle's Suits co-star and friend made sure to be there for the occasion. Chopra, a close pal of Markle's, was unsurprisingly also in attendance.

The legendary singer is said to be performing at the wedding.

Another Suits star, Torres looked beautiful at the wedding.

The Suits cast did not arrive together, but their arrivals were spectacular. Harvey Specter himself attended the wedding with his IRL wife and fellow Suits actor Jacinda Barrett.

Who's starting a Suits marathon the second this wedding is over?

Not to be left out, the final member of the invited Suits cast rocked his best tails for the occasion.

Slightly obscured but in the orange dress and cape above is the actor and musician.

These celebs were of course elbow to elbow with members of the Royal Family and other guests. Princesses Beatrice and Eugenie chose a slightly understated look compared to William and Kate's wedding — though Eugenie's Jackie Kennedy look proves she knew that American royalty would be a theme on the day.

On the anticipated occasion, the hats did not disappoint, and neither did the Hollywood guests wearing them.

More like this
Laura Tott From 'First Dates' Married Her Long-Term Mystery Boyfriend
By Darshita Goyal
Leona Lewis & Husband Dennis Jauch Welcomed Their First Child
By Darshita Goyal
Who Is Camila Cabello Dating? She's Getting Cozy With Lox Club CEO Austin Kevitch
By Radhika Menon
Kim Kardashian & Pete Davidson’s Relationship Timeline From Start To Finish
By Jordyn Tilchen and Bustle Editors
Get Even More From Bustle — Sign Up For The Newsletter