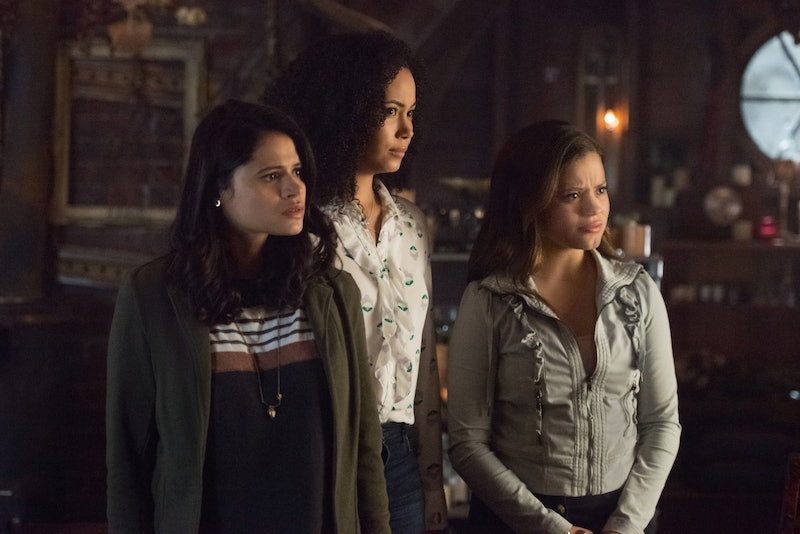 Nineties nostalgia is in full effect with reboots and revivals of throwback shows like the fantasy drama Charmed. The Charmed reboot debuts on October 14 and, like the original, follows the life of three sisters who discover that they are the most powerful witches a.k.a. The Charmed Ones. Together, they possess the "Power of Three" and use their abilities to protect oblivious innocent people by fighting off demons. The Charmed reboot had mixed reactions from the former cast and old-school fans who adore the original series. But, there are many people who want to know more about the Charmed reboot cast, which includes some familiar faces as well as a few newcomers.

The Charmed trailer conjured up some intrigue about the cast as it introduced Mel, Macy, and Maggie as well as their "Whitelighter" (read: guardian angel) Harry Greenwood, but there has been controversy swirling around the show. First, many of the original cast members spoke out about not being in involved in the new series and were insulted that this one was being billed as "fierce, funny, and feminist" like the original wasn't any of those things. (It was, by the way.)

The new series was also originally hailed for its casting of three Latina women as the leads. However, as reported by Kate Sanchez over at the "But Why Tho?" podcast, only one of the cast members is actually Latina, which complicates whether or not this show is really all about representation or not, to say the very least.

With all of that mind, here is everything you need to know about the Charmed reboot cast: