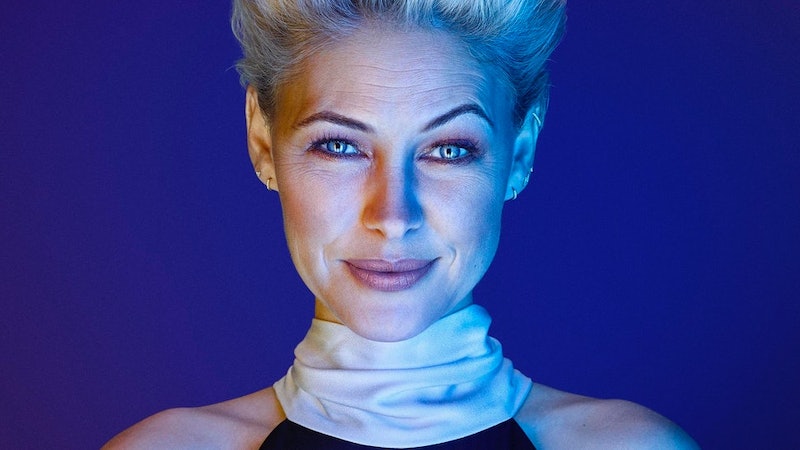 The Circle has become one of Channel 4's most iconic shows, due to its Big Brother-meets-Catfish premise. Contestants taking part all move into the same block of apartments, but never meet, only communicating through a specially designed social media app. They can act as themselves or as someone completely made up. The most popular player (aka the person who has garnered the most 'likes') at the end of the show wins a huge cash prize. With series one and two being such massive hits, what do we know about The Circle UK series three?

Has Series 3 Of 'The Circle' UK Been Confirmed?

Yes! In a long-suspected move, the Studio Lambert and Motion Content Group format confirmed it will be returning to Channel 4 for a third series.

Presenter Emma Willis also confirmed she would be returning for the third series, as she said:

"The Circle is just brilliant, unmissable television. I loved every minute of being a part of it and I’m delighted to be returning to it for another series where I’ll be right at the centre of all the mischief and drama!"

When Can We Expect To See The Next Series?

Well, I hope I've not got your hopes up too much, because it'll be 2021 when we can finally sit down to the next series. Deadline reports that the show will hit screens in "early 2021," so let's hope the that means early early.

Will There Be Any Changes In The Format?

Things will be slightly different this series due to the ongoing coronavirus pandemic. Deadline reports that the show will actually be pre-recorded this year in order to keep things as safe as possible, meaning no studio audience or live shows when it does air. Filming will reportedly begin later this year in Salford, Greater Manchester.

Who Are The Contestants Lined Up For Series 3?

Unfortunately no, not yet. Channel 4 have yet to release any details of who we can expect to see this year on the hit show. Fingers crossed we'll know more soon.

Anything Else We Should Know?

Yes! Not only will there be a series three of The Circle coming in early 2021, but there will also be a celebrity version, which will raise money for Stand Up To Cancer. It will begin the week prior to the main series, so you're in for weeks of TV joy.

More like this
'Love Island' Has Added Yet Another Bombshell To The Villa
By Bustle UK
'Abbott Elementary' Fans Probably Missed This 'Parent Trap' Easter Egg
By Sam Ramsden
'Brookside' Is Coming Back & Soap Opera Fans Are Going Wild
By Sam Ramsden
The OG Power Rangers Are Returning For A Spandex-Clad Special
By El Hunt
Get The Very Best Of Bustle/UK
Sign up for Bustle UK's twice-weekly newsletter, featuring the latest must-watch TV, moving personal stories, and expert advice on the hottest viral buys.