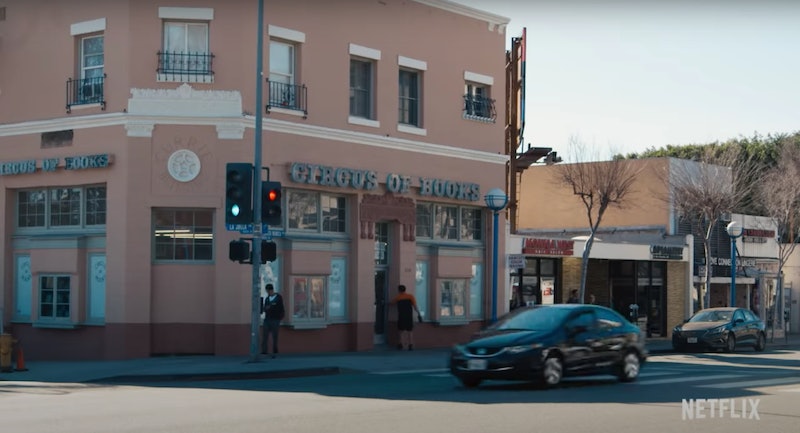 Circus of Books' impact on LGBTQ history over its 37 year history is everlasting. Not only did it earn notoriety by offering gay pornography in an era where censorship and modesty laws outlawed being out of the closet, but it also served as a cruising spot where gay patrons could meet one another.

But the focus on LGBTQ history makes up only one part of Circus of Books. The film also focuses on the bookstore's owners: Karen and Barry Mason, two people who made the decision to start selling pornography at a time where it was stigmatized and its patrons were brutally ostracized.

By the time the Masons purchase the bookstore (which had been named "Book Circus" before their proprietorship), Rachel Mason was a young teenager who just believed her parents owned a quirky bookshop. In a chat with Outfest, Mason sums it up herself, saying, "I always knew my parents had a really sort of an infamous store and it was important to my friends and people that I knew who liked the store and found it amusing. But when I left LA, I realized that the store was actually well known outside of Los Angeles and had a much wider impact than I ever imagined on the culture of queer life in general, that their store was part of history."

Mason went on to reiterate the focus of the film, saying, "It's really a story about my family and how they tried to walk that line of being parents and engaging in a world that was very unfriendly to gay people and in being involved with a marginalized group at a time when that group of people, the queer community, was really under assault from every single imaginable angle."

Unfortunately, Circus of Books no longer exists. Its second location, in Silverlake, closed in August 2016, and its first location, in West Hollywood, closed three years later in February 2019. But its legacy will live on forever.