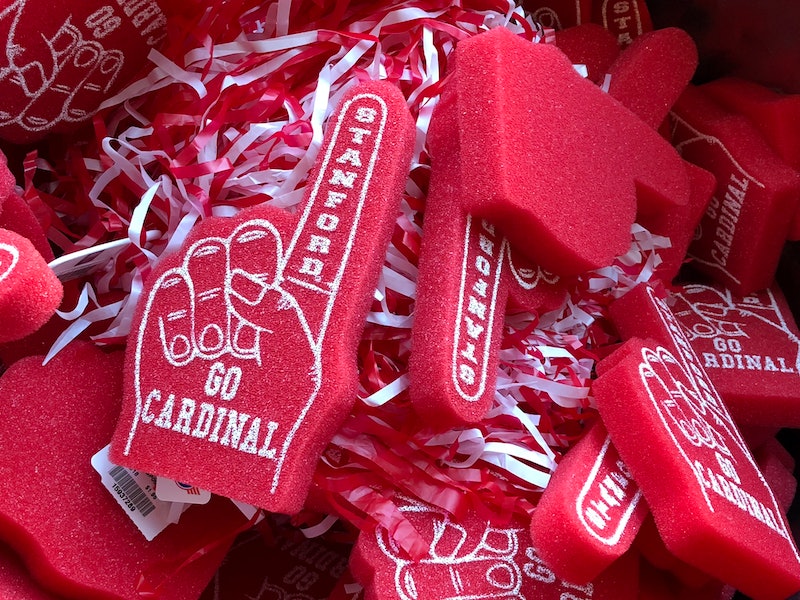 Days after the FBI charged dozens of people for their alleged involvement in a massive college admissions conspiracy, some students are fighting back against what they see as mistreatment from admissions boards. On Wednesday, two Stanford University students sued Yale, UCLA, USC, and other schools in the U.S. District Court for the Northern District of California in the first lawsuit of the college admissions scandal.

In their complaint, the plaintiffs argue that "unqualified students found their way into the admissions rolls of highly selective universities, while those students who played by the rules and did not have college-bribing parents were denied admission," according to Bloomberg. They hope to gain class-action status so other students can join their case.

The FBI's investigation, which it named "Operation Varsity Blues," first came to light on Tuesday. The bureau revealed that it had been investigating William Singer, who has pleaded guilty to running a massive fraud scheme disguised as a college admissions consulting business.

Rich parents allegedly paid Singer to bribe university coaches or test administrators to provide fake information that would get their children accepted into top schools. Some SAT and ACT workers allegedly let someone else take the tests for the students, and nine coaches were accused of creating false athletic profiles for students.

Many of the parents who allegedly schemed with Singer are prominent figures, from actresses Felicity Huffman and Lori Loughlin to legal and business leaders Gordon Caplan and Manuel Henriquez.

"These parents are a catalogue of wealth and privilege," Andrew Lelling, an attorney involved in the FBI's case, said during a Tuesday press conference.

For people who have applied to elite schools and been refused, the problem stretches beyond the conspiracy itself. As Lelling put it, "For every student admitted through fraud, an honest and genuinely talented student was rejected." At least 33 people were admitted fraudulently, according to the FBI.

Erica Olson and Kalea Woods, who attend Stanford University, argue in Wednesday's lawsuit that the admissions scheme devalued their Stanford degrees and deprived them of a fair chance to be legitimately accepted to Yale and USC. The suit declares that each of their degrees is "now not worth as much as it was before, because prospective employers may now question whether she was admitted to the university on her own merits, versus having rich parents who were willing to bribe school officials." Olson and Woods are seeking payment in damages, as well as interest.

Meanwhile, top schools around the country are doing damage control. Representatives are insisting that school administrators were not involved with the scheme; just one, a top official in the USC's athletic department, has been charged. No students have been prosecuted, as the attorneys believe that most were unaware that their parents were bribing their way onto campus.

USC has said that it will decide on a case-by-case basis whether students who have already been admitted under fraudulent circumstances will be allowed to remain enrolled. But it will deny new admissions to those whose parents are accused of being wrapped up in the scheme.