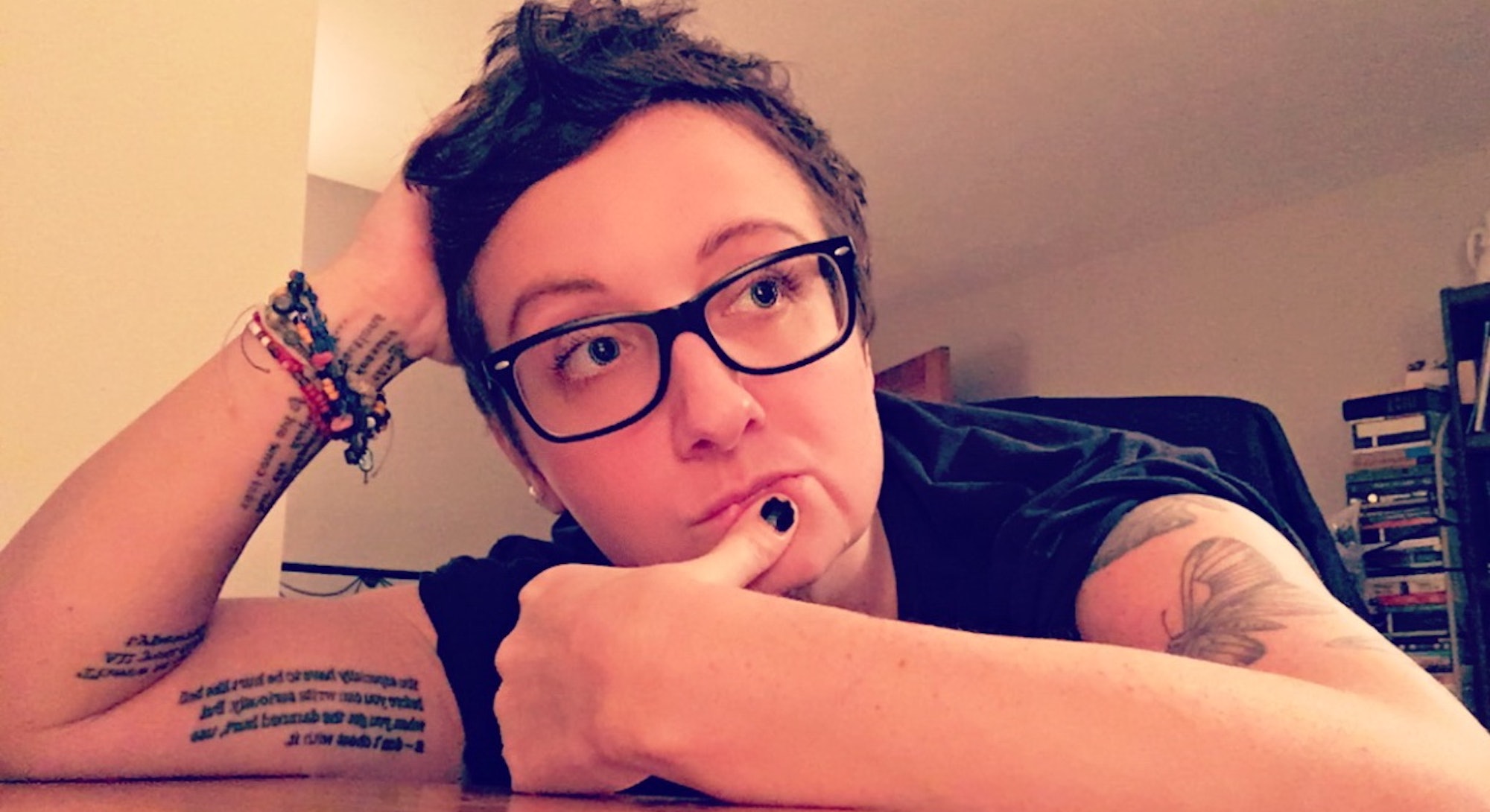 Even though stigma around mental illness has lessened in recent years, mental health care is widely known to be inaccessible, even for the very privileged. In a recent article for Nylon, actor Evan Rachel Wood shared her experiences with depression and a suicide attempt that showed her how inaccessible the system can be. Her experience is an important story to tell, both to destigmatize mental illness, but also to show how hard it was to find the help she needed — or, as she put it, the “good” mental health she needed.

“I needed to find a place that had the right treatments for me and could take me immediately and discretely,” Wood wrote. Eventually, Wood was able to find not just a bed, but a private room — and it wasn’t cheap. “Mental health shouldn't be a luxury for the rich,” Wood wrote. “It felt like I barely made it in by the skin of my teeth — and I am privileged. Imagine how hard it is with no health insurance or money or resources?”

I am one of those people without insurance who found myself in a hospital after a suicide attempt in 2005. I had been living in New York for about a year, making terrible pay, and the job I had at the time didn't offer insurance. Without insurance, I was unable to afford my antidepressants, so I had stopped taking them. At the time, my parents were paying my rent, and I didn’t want to admit that I was making such little money that I couldn’t afford my medication, either.

While in the midst of struggling with withdrawal from these meds, which was mentally, emotionally, and physically debilitating, I found out I was pregnant at my annual gynecological exam — something my mother paid for — and that I was about 11 weeks along. Although I was completely at peace with my choice to abort, I never took into the consideration the way my hormones would change from being pregnant to not being pregnant — and how that would affect my mental state. After I attempted suicide that Sunday morning, I found myself in the back of an ambulance on the way to a hospital, where I was admitted involuntarily.

As Wood also wrote in her piece, I only had Girl, Interrupted and One Flew Over the Cuckoo’s Nest as my reference points for what a mental hospital looked like. But, unlike Wood, I didn’t go voluntarily, I did not get a private room, and I spent the first few days telling anyone who would listen that I didn’t belong there. “I had dinner at Nobu last week,” I angrily quipped at the nurse, who didn’t respond.

My family may be financially comfortable, but not so comfortable that they could easily drop that kind of money.

Firmly believing I should be someplace else, I spent the next few days to myself. I refused to engage in group therapy and all other activities.

What I didn’t know then was that my parents, whom I wasn't talking to during the hospitalization, were doing everything they could to get me out. The doctors and social workers wanted to keep me for 30 days, but as each day added up, roughly $3,500 a day, my parents wanted me out. If you do the math, $3,500 a day for 30 days is just over $100K. My family may be financially comfortable, but not so comfortable that they could easily drop that kind of money.

I also didn't feel like I was getting better. I wasn’t receiving the treatment I needed, and every day I became more aware of the financial burden on my family. One morning, I awoke to a team of doctors who said I needed to engage in activities with the others. If I didn’t show I was making progress, my stay would be longer. At this point, I was coming upon 10 days at the hospital — $35,000 or so.

After 13 days, my parents did finally get me out by signing a form that said they released the hospital of any liability if anything happened to me in their care. It wouldn’t be until years after this experience that I'd fully realize that not just mental health care, but all health care is only for the rich. And that is, in no way, an exaggeration.

Trying to pinpoint an exact price per diem for such access to crisis mental health care is hard. It varies based on what you're being treated for, how long you'll be there, what extra fees come into play, and, of course, from facility to facility. Because prices vary, according to psychologist Dr. Astrea Greig, Psy.D. of Primary Care Behavioral Health Integration, Cambridge Health Alliance, an inpatient psychiatric hospital stay could run between $8,000 and $12,000 total, according Greig. Those figures are an average that's consistent with research from the journal Psychiatric Services. But still it varies depending on the health illness, the facility, or even the quality of the treatment. And, of course, ultimately, those who are living in poverty or without insurance feel the brunt of the lower quality than most — places that are accessible to lower-income people don't have the resources of more expensive facilities.

When I was discharged, I was handed an invoice that looked like it could have been a down payment on a house. Not only was it the $3,500 a day, give or take, for the 13 days, but then additional fees — ultimately, somewhere between $30,000 and $50,000. In my case, because I didn’t have insurance, the social workers negotiated with a charity office that was affiliated with the hospital, which wrote off a substantial portion of the bill. It was just a matter of proving that I simply didn't have the money.

“Unfortunately, this drives the cost up for people seeking therapy."

“Unfortunately receiving treatment is a privilege and that is deeply unjust,” Dr. Deanie Eichenstein, a licensed clinical psychologist in Los Angeles, tells Bustle. “Everyone deserves access to care.” But the issue, Eichenstein says, is systemic: Many mental health professionals may take on six figures in student loan debt, not to mention upward of four or five years in unpaid training, to get their degrees. "That leaves providers in a difficult position, if they are not economically privileged themselves.”

The thinking, at least by insurance companies, is that these costs can be passed onto the patients. But according to the 2016 census, 8.6 percent of the population doesn’t have insurance. That may not seem like a lot, but that 8.6 percent represents 27.3 million people. Do we really want to just “pass” that financial burden onto them?

"Part of what makes therapy expensive is that many insurance companies reimburse therapists at rates that are lower than market rate, causing many therapists to choose not to take insurance, and rather be ‘out of network,’” licensed psychologist Dr. Dina Wirick, Ph.D., tells Bustle. “Unfortunately, this drives the cost up for people seeking therapy.”

According to MentalHealth.gov, the majority of small group health insurances, which include plans that are sold on the Marketplace for people whose employers don't offer insurance, both mental health health and substance abuse services are offered. But while that's a great step in the right direction, there are still large deductibles to deal with, copayments that can also be very expensive, and the most infuriating aspect of all: Mental health patients, in many cases, are only allowed a certain number of sessions with a therapist, according to Dr. Amina Mahmood, Ph.D. If a patient needs more sessions, their doctors has to decide if this is necessary, then apply for it. There's no guarantee that these sessions will be approved.

I also didn't understand it then, but being released into my parents' custody was itself a privilege, on top of their ability to pay for the care.

While many forms of mental health care are still financially inaccessible, some professionals are trying to change that. "For those who can't afford therapy, they might start by locating their local universities and seeing if they have a ‘training clinic'," Warwick says. For therapists who choose to work with low-income patients, there are programs, like The National Health Service Corps (NHSC), that will also help them pay off those school debts, says Greig. Clinics where mental health professionals get their training can really help when it comes to low-income families who either don’t have insurance or Medicare.

Meghan Lynch, Psy.D., also recommends Open Path Psychotherapy Collective, where patients pay a one-time fee of $80, and then have lifetime access to therapists who charge only $30-50 per session. There’s also community health centers, which covers everything from mental illness, physical illness, to even dental care, and The National Association of Free and Charitable Clinics.

Like Wood, I did leave the hospital. But I sometimes wonder if I’m better for the experience or not. There is no cure for depression, and as Wood points out, it doesn’t matter how successful or rich you are; that’s definitely not a cure, either. I’m back on medication and have been for years. Recently, I increased the dosage of one of my meds, as I felt it wasn’t really working that well anymore. I know that although my depression doesn’t define me, it’s still a very huge part of who I am. I never now when my weeks of "OK" days will slip into weeks of "horrible" days, but that’s just part of living with this illness. And it is an illness.

I also didn't understand it then, but being released into my parents' custody — who may not have completely understood my illness, but tried as best they could — was itself a privilege, on top of their ability to pay for the care.

While navigating this information may feel daunting, there are resources that can help. As much as it sounds cliché, when it comes to mental health, the most important thing to do is to speak up.

Correction: A previous version of this story included inaccurate information about the price of an inpatient psychiatric hospital stay and where the research had been published. It has been updated to accurately reflect the price and the journal.