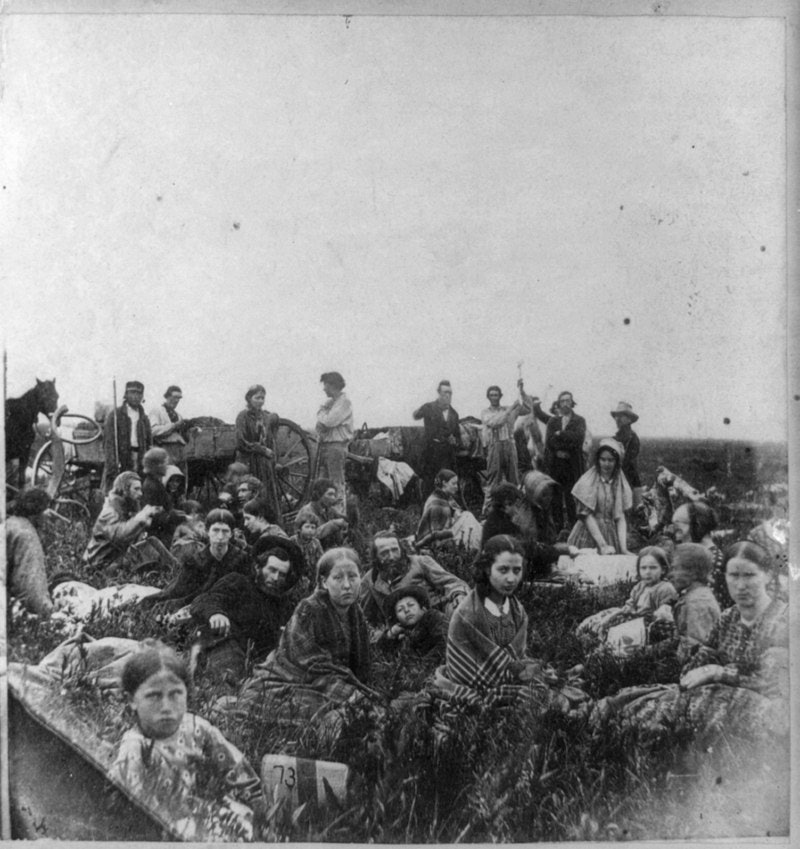 Every holiday season of your life probably came and went without your realizing that Dec. 26 is the anniversary of the largest execution in U.S. history. On that day in 1862, 38 Dakota Sioux warriors were hung in Mankato, Minn., under orders of President Lincoln. This occurred at the culmination of the Minnesota Uprising, also known as The Dakota War. The conflict had began because the Dakota people were starving to death.

While most Americans have never heard of The Dakota War or the injustices that led to the largest execution in American history, I’ve known about it my entire life. I am a member of the Oceti Sakowin (The Great Sioux Nation). Natives and non-Natives alike whisper legends about us.

It’s hard for them to accept what was done to us, and that they’ve directly benefited from such grievous wrongdoing.

My ancestors’ pictures are in history books. As a small child, I would see their photos at the Crazy Horse Memorial in the Black Hills of South Dakota. You see, I am a descendant of Wabasha, a hereditary Mdewakanton Dakota Chief who, along with other Dakota like Little Crow, led the people during our war with the United States. After the conflict, he was exiled from his Minnesota homelands to the Crow Creek Sioux Reservation in central South Dakota.

When I first tell non-Natives about the Dakota War, especially in the northern plains, there’s a lot of cognitive dissonance. It’s hard for them to accept what was done to us, and that they’ve directly benefited from such grievous wrongdoing.

The Dakota War was a direct result of the United States breaking its own laws.

In 1851, Dakota leaders signed the Treaty of Traverse des Sioux and the Treaty of Mendota with the United States. Dakota ceded land in Minnesota to the U.S. in exchange for money, goods, and services.

According to the U.S. Constitution, treaties are the supreme law of the land; yet, the United States Congress unilaterally breached these treaties with the Dakota. Unbeknownst to the Dakota, the U.S. eliminated Article 3 of each treaty, which set up reservation land for the Dakota to live on. The government also defaulted on payments to the Dakota, or gave their money directly to traders who were supposed to supply the Dakota with rations. These traders were often corrupt.

We still sing the song the Dakota sang that day.

While some Dakota remained peaceful, others began to defy the government to survive. Four young warriors stole eggs and killed five settlers in the process. All-out war began when they were protected by their village.

The Dakota War raged on for about six weeks, throughout August and September of 1862. Afterwards, 392 Dakota were taken prisoner and tried based on little or no evidence. Proceedings were held in a foreign language — English. The Court also failed to recognize the defendants’ status as members of a sovereign nation.

Treaty breaches were not discussed.

Of the 38 Dakota men who were hung, two were known to be innocent, although a number of others were also believed to be as well. One man who was executed simply had the same name as one of the accused and stepped forward when his name was called, not realizing that his action sealed his doom. Another was a white man who had been adopted and raised by the Dakota, and is said to have not been involved in the war. Among the executed were also minors, and the mentally disabled.

They have to believe that me and my ancestors were somehow evil, savage, or less than human, to prop up the colonial revisionist history they’ve been spoon-fed their entire lives.

Before their deaths, they smoked the sacred pipe, prayed, and sang. Hoods were slipped over their heads, and they held hands as the rope that held up the platform was cut, sending them to their deaths. Over 4,000 spectators looked on as our warriors hung from the gallows.

We still sing the song the Dakota sang that day. That night, the remains of the executed were pillaged by physicians, scientists and educators, who wished to study them.

After the hanging, the Dakota were exiled from their ancestral lands. The Governor of Minnesota put a bounty on the scalps of every Dakota man, woman and child. The government then separated my ancestors, shipping them off to prison, and forcing others to march to concentration camps that would become reservations in South Dakota.

During this time, Dakota women were raped by soldiers, and many died of starvation and disease. Children died each day from cholera. Other Dakota exiles escaped to Canada, and Spirit Lake in North Dakota. Some ran to Lakota Sioux Chief Sitting Bull for protection and joined the Lakota in defeating Custer at The Battle of Little Big Horn.

Living With The Massacre

Dakota still deal with the historical trauma borne from these tragic historical events. Our treaties were broken. Our land and resources were stolen. Our people were brutalized, starved, murdered, and exiled.

Some fall back onto racial stereotypes, telling me that we deserved it, somehow. They have to believe that me and my ancestors were somehow evil, savage, or less than human, to prop up the colonial revisionist history they’ve been spoon-fed their entire lives.

Sometimes the truth is hard to swallow. Because of people like this, some elders still speak of the Dakota 38 in hushed tones, as if it is a secret shame. Other non-Natives, however, express genuine remorse and seek to heal the divide between us. This is where hope lies.

The Dakota 38+2 Memorial Ride began in 2005. The ride is meant to promote reconciliation and healing between the Dakota Sioux and non-Native people, and honor those who were hung, as well as their relatives who were exiled. During the ride, we discuss what happened and share our family stories that have been passed down through oral tradition. You can see this year’s ride here.

Grandfathers, we honor your memory and look to the future with hope, because we are strong and we rise.

For more information about the Dakota 38, you can watch this documentary.

More like this
What The UK Blocking Scotland’s Gender Recognition Bill Means
By Sam Ramsden
Watch Jacinda Arden’s Devastatingly Honest Resignation Speech
By Sam Ramsden
8 Charities To Donate To During Black History Month
By Alexis Morillo
"Lavender Haze" Star Laith Ashley Breaks Down Filming With Taylor Swift
By Jake Viswanath
Get Even More From Bustle — Sign Up For The Newsletter
From hair trends to relationship advice, our daily newsletter has everything you need to sound like a person who’s on TikTok, even if you aren’t.