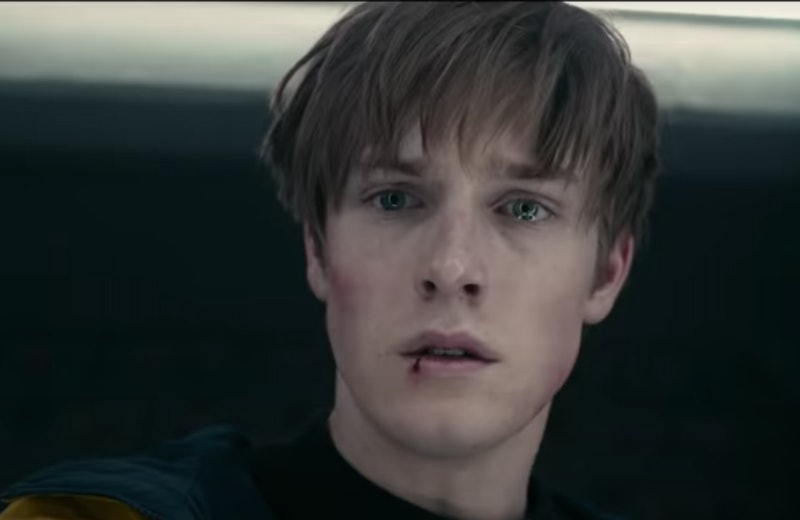 Prepare yourself for more brain-melting sci-fi: Netflix announced on Tuesday that Dark Season 3 will premiere June 27. The streaming service also released a teaser of what's to come, and though there's not a whole lot of information in the short clip, it does heavily feature Martha #2, who appeared in the Season 2 finale after the original Martha was shot and killed by Adam.

This new Martha then informed Jonas that she'd come from another world (while grasping what appeared to be a small time machine). So it's highly possible that this season will involve universe-hopping in addition to time travel, in case you weren't confused enough already! What's more, Dark co-creator Jantje Friese told IndieWire that Martha and Jonas will be "the big centerpiece" of Season 3. She also hinted that some minor characters will get more screen time, as Claudia and Egon did in Season 2.

The driving force in the season will likely be Adam, who's still on a mission to destroy the world and bring the wheel full circle. "Everything in life occurs in cycles. But this time, it will be the last cycle. This knot can only be undone by destroying it entirely," he says in the teaser.

The concept of three has long been woven into the fabric of Dark. Not only does the wormhole take people backwards or forwards 33 years in time, but three is a number of Biblical significance, and Dark is wrought with religious references (if the names Adam and Noah didn't tip you off). As Adam told Jonas in Season 2, "A person lives three lives. The first ends with the loss of naïveté, the second with the loss of innocence, and the third with the loss of life itself. It is inevitable that we go through all three stages."

It's only fitting, then, that the third season will also be Dark's last. "We always had three season [sic] in mind when we developed Dark and are happy to tell you that we will start shooting the third and final season in 4 weeks so we can deliver you guys the final chapter of Dark next year," co-creator Baran bo Odar wrote in a May 2019 Instagram post.

Almost exactly a year later, they're delivering on that promise.

More like this
The 'Freeridge' Cast Shared Their Hopes For A Potential Season 2
By Grace Wehniainen
Everything To Know About A Potential 'Lockwood & Co.' Season 2
By Gretchen Smail
'That '90s Show' Is Officially Coming Back For Season 2
By Gretchen Smail and Grace Wehniainen
Ozzie’s Coming Out Scene With Kitty On 'That ’90s Show' Has Twitter Sobbing
By Brad Witter
Get Even More From Bustle — Sign Up For The Newsletter
From hair trends to relationship advice, our daily newsletter has everything you need to sound like a person who’s on TikTok, even if you aren’t.