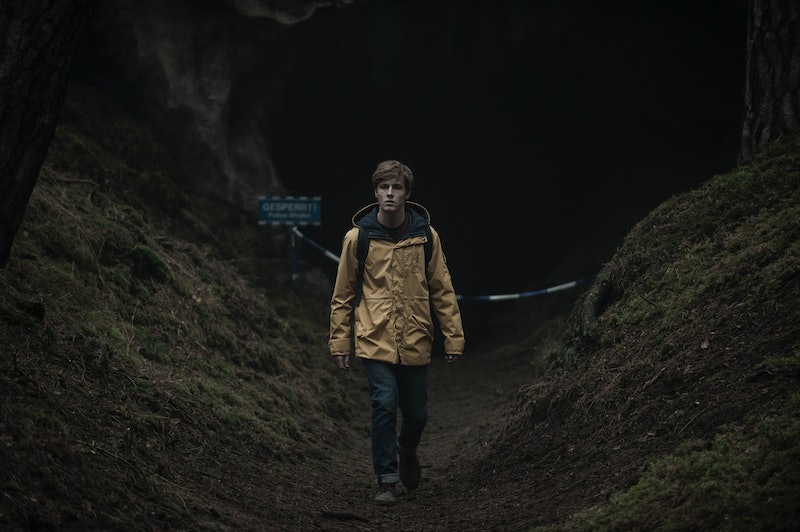 What would you do if you found a wormhole that sent you either 33 years forward or 33 years back in time? Would you investigate your family's convoluted past, or would you explore your town's apocalyptic future? Would you check to see if Netflix's Dark returned for Season 3 while you were there? Fortunately, there's no need for a time machine to answer that question, so you don't have to risk getting stuck in the past and fathering your brother's classmate to find out. At least for one mystery on this show, the solution is in our present: following the Season 2 drop, Dark will be back for its final chapter next year.

While there was no long-term deal confirmed when Dark originally premiered in December 2017, it quickly became clear that there was a master plan in place. You don't embark on a story this convoluted without knowing exactly where it's going; the intertwining family trees and endlessly looping timelines are simply too complex to make up as you go along. So for those who've felt burned by the controversial endings of shows like Lost and Game Of Thrones, rest assured: Dark creator Baran bo Odar developed the series with a finite number of seasons and a definite ending in mind.

"We spoke to Netflix about this," Odar said of the show's original pitch while speaking on a panel, according to a clip shared on Twitter. "We have ideas for three seasons, because we don't want to create something too unsatisfying in the end." Fortunately, Netflix is allowing Odar to see his vision all the way through. When the trailer for Dark Season 2 dropped, it contained more than just glimpses of Winden's apocalyptic future. The 90-second teaser, titled the "trilogy trailer," also contained official confirmation that the series will consist of "3 Seasons, 3 Cycles."

Now, the word "cycle" is curious. It could just be a stylistic flourish, in the way that Netflix advertises Stranger Things almost as sequel installments, rather than traditional seasons (Stranger Things 2, Stranger Things 3). However, it could also be a hint at Dark's master plot.

In the trailer, an elderly Helge Doppler can be seen warning the citizens of Winden that "It's going to happen again." Maybe he's not just warning about the disappearances of young boys, which have recurred in Winden throughout its history, but that another "cycle" was literally beginning again, as the nefarious priest Noah and the mysterious Stranger either avert or cause the apocalypse. Can either of them actually "reset" the timeline to try again, creating a new cycle of the events we've already seen play out in Season 1?

Fans won't have to wait too long for the answers: the final season is already in progress. "We are working on Dark Season 3," Odar announced on Instagram in May, sharing the cover page of the script for the final season's premiere. "It is the final cycle of this great journey. We always had three season[s] in mind when we developed Dark and are happy to tell you that we will start shooting the third and final season in 4 weeks so we can deliver you guys the final chapter of Dark next year."

An official release date hasn't been announced, but at least fans can sleep easy knowing Dark's future is just as fated as the citizens of Winden's.