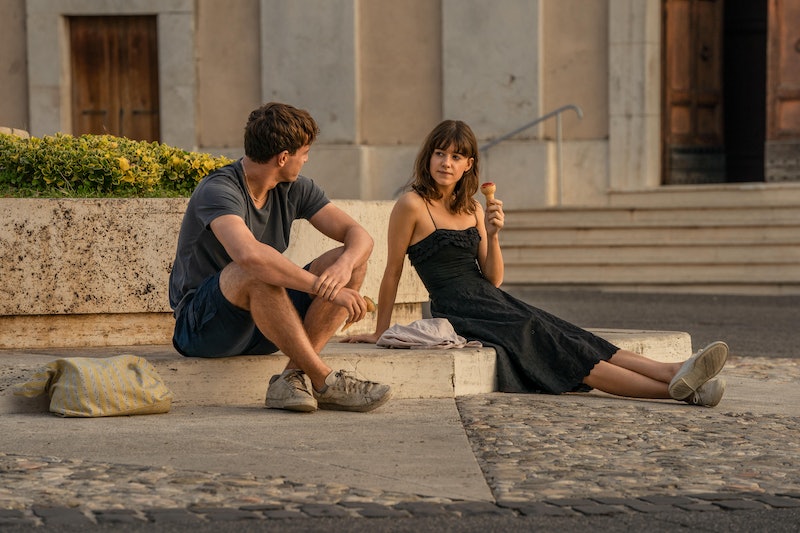 Lenny Abrahamson, co-director of Hulu's adaptation of Sally Rooney's Normal People, knew that the novel's critical acclaim would bring the TV show much scrutiny. That's why he and Hettie Macdonald kept the differences between the book and show as minimal as possible. Thankfully, Rooney's writing made it easy.

"Sally doesn’t write in an abstract way, she writes in a very concrete way," Abrahamson told Hot Press. "And it’s remarkable how direct her writing is, considering how deep she gets. I could feel what it was like between these two characters in my imagination."

Marianne (Daisy Edgar-Jones) and Connell (Paul Mescal) are Irish high school students from opposite socioeconomic circles who fall in love, despite the norms working against them. That friction, along with their own young adult stubbornness, interferes with their relationship often, resulting in a painstakingly beautiful on-again, off-again love story.

“I’ve never been involved in an adaptation of a book that’s kept so close to the book itself,” executive producer Ed Guiney told The Ringer. “Of course, some things are modified, but there’s virtually nothing new in the show." The biggest change is the absence of narration — a tool that, in the book, Rooney often uses to describe Marianne and Connell's inner thoughts. In the show, those musings manifest as dialogue.

For example, in the book, Rooney writes, "It occurred to Marianne how much she wanted to see [Connell] having sex with someone; it didn’t have to be her, it could be anybody." In the show, Marianne simply tells him that exact thing. “I kept thinking how much I wanted to watch you have sex," she says. "I mean, not even with me.”

Instead of recreating it or completely diverting from it, the 12-episode series respectfully expands upon the book. At first, the team considered highlighting new character arcs — maybe Lorraine, Connell's mom, or his school mates — but ultimately felt it just wasn't the right move.

"What became clear is that actually, what’s so fascinating and interesting about the book and, I hope, the show, is the connection between these two characters," Guiney said. And because Rooney details their connection so intricately, it was crucial that the physical portrayals matched up.

"The biggest challenge of adapting the book was trying to make the inner lives of the characters legible through their outward actions," Rooney, who co-wrote the script with playwright with Alice Birch, told the BBC. That sometimes meant paring back lines from the book to allow chemistry and body language to shine.

“There’s a scene when Lorraine calls Connell out for not taking Marianne to the dance, and it was much longer originally,” Sarah Greene, who plays Lorraine, told The Ringer. “And we realized actually we didn’t need to say everything.” Mescal felt similarly about a scene with Edgar-Jones at a pool, in which he refrains from asking her for financial help. “I remember turning to Lenny and saying, ‘These lines are absolutely beautiful, but they don’t feel real when I say them,’” Mescal said. “Because if Connell says that, Marianne is intelligent enough to pick up on it.”

Aside from these bare-bones, necessary changes, the story unfolds onscreen exactly how it reads, which puts the show and the novel on an equal playing field. One isn't better than the other — rather, they use different mediums to emphasize the story's most salient points.