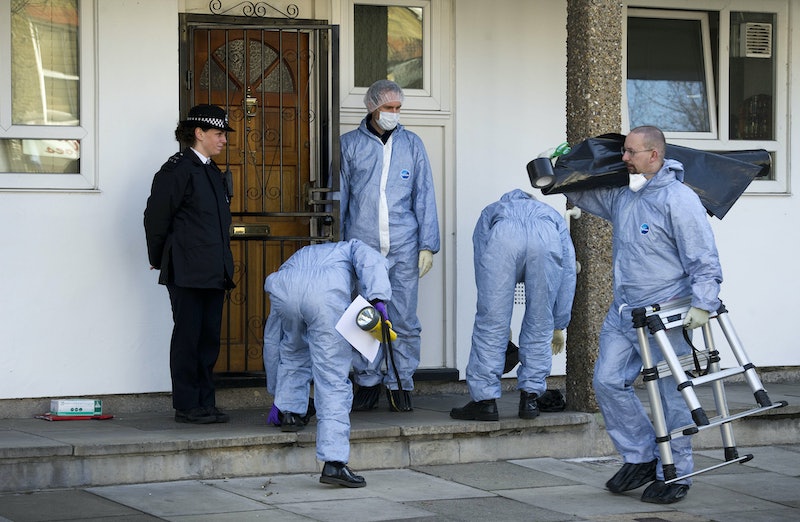 The iconic BBC soap opera Eastenders is known for its dramatic storylines, some of which have touched upon themes such as violence, kidnapping, and murder, but following the shocking deaths of two of the show's stars, it seemed that life had imitated art in the most tragic way. Channel 5's The EastEnders Murders: True Crime, Real Tragedy tells the story of the deaths of actors Gemma McCluskie and Sian Blake, providing insight into a murder case that rocked one of Britain's best-loved soaps.

According to the Radio Times, the crime documentary airs tonight (26 June, 2019) at 11.05 p.m. on Channel 5, and will explore the final days of the former Eastenders stars, both of whom were murdered by someone close to them. As reported by The Huffington Post, the tragic chain of events first began in March 2012, when actor Gemma McCluskie — who played the character of Kerry Skinner in the BBC soap — went missing from her London home. At the time, police described McCluskie's disappearance as being "out of character," and, according to the BBC, a suitcase containing the actor's torso was discovered a few days after she was reported missing by her brother Tony.

According to the Guardian, Tony McCluskie was charged with the murder of his sister on March 10, 2012, and subsequently went on trial for his alleged crimes. In 2013, Tony was found guilty of murder and sentenced to life with a minimum term of 20 years in prison, reports the Mirror.

According to the Guardian, former Eastenders actor Sian Blake, who played the character of Frankie Pierre in the show, was reported missing along with her two sons, Zachary and Amon, just three years after the death of Gemma McCluskie. As reported by the BBC, Blake's partner, Arthur Simpson-Kent, then went missing just days after co-operating with police during the search for the missing family. In early 2016, police discovered three bodies at Blake's South East London home, and the bodies were later confirmed to be those of Sian and her two young children. According to Digital Spy, Arthur Simpson-Kent pleaded guilty to the three murders in June 2016, and four months later he was sentenced to life in prison.

As mentioned previously, the full details of these harrowing crimes are explored in detail throughout the Channel 5 documentary The EastEnders Murders: True Crime, Real Tragedy. An official synopsis of the documentary reads:

"Two stars of one of Britain’s best-loved soaps, EastEnders, were both killed by someone close to them — Gemma McCluskie was murdered by her brother, and Sian Blake was killed, along with her children, by her partner. Friends of the deceased recall the traumatic events, and experts reveal the how the perpetrators tried to get away with their crimes."

With insights offered from friends and experts, this TV exploration into the deaths of the two actors is likely to shed new light on a case that gripped the nation.